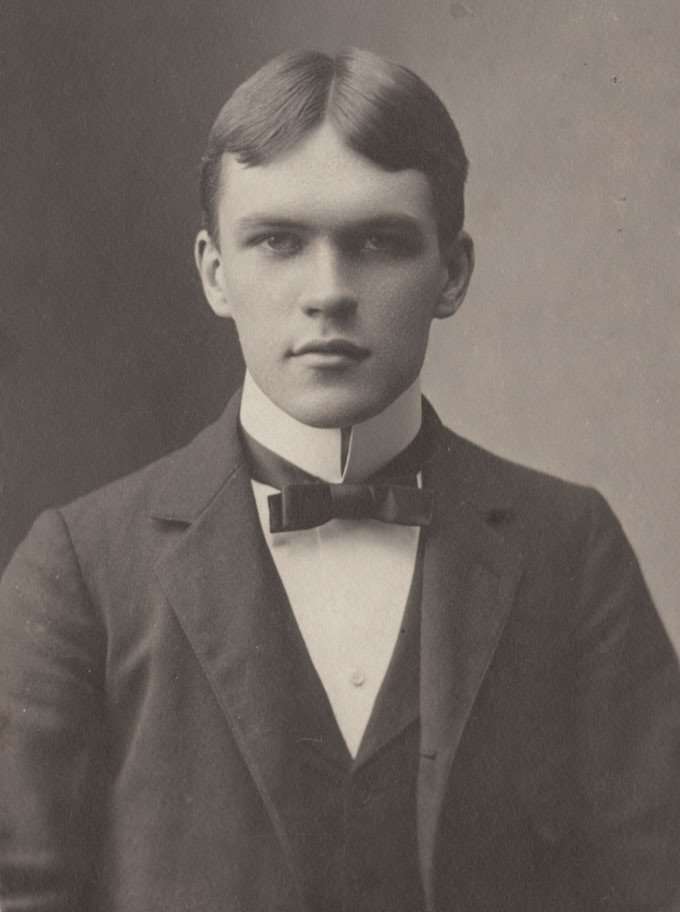 Virginia author James Branch Cabell is photographed here in 1893, at the age of fourteen. One year later, Cabell matriculated at the College of William and Mary in Williamsburg, and during a distinguished undergraduate career he was engaged by the college while an upperclassman to teach undergraduates French and Greek. His reputation, however, was nearly destroyed by a false rumor that he had participated in a homosexual orgy involving the college librarian and a few other members of Cabell's fraternity. It was the first of what would become a series of shady and scandalous allegations that would follow Cabell for the rest of his life.