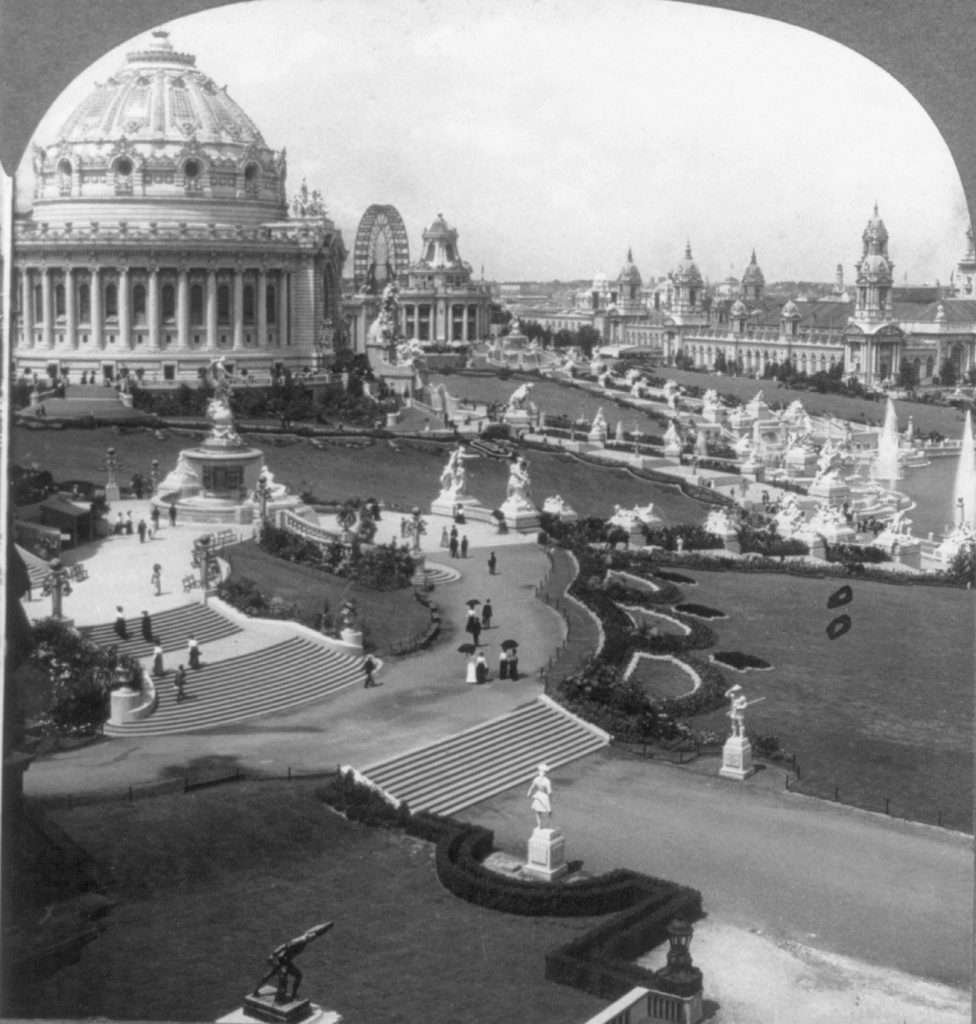 The elaborate buildings and grounds of the 1904 Saint Louis World's Fair are featured in this mass-marketed image by the Whiting View Company of Cincinnati, Ohio. This is one-half of a stereo view produced as a souvenir of the exposition. The international exposition sprawled across approximately 1,200 acres and included more than 1,500 buildings.

Among the exhibits included in the fair were displays of so-called primitive peoples, including Ota Benga, who appeared as part of a Pygmy village. Samuel P. Verner, who delivered nine Pygmies to the fair, served as a shill for the event, writing about Ota Benga's unusual sharpened teeth: "They're worth the 5 cents he charges for showing them to visitors on anthropology hill out at the World's Fair. Otabenga [ sic] is a cannibal, the only genuine African cannibal in America today. He is also the only human chattel. He belongs to the Exposition company. Step right up."