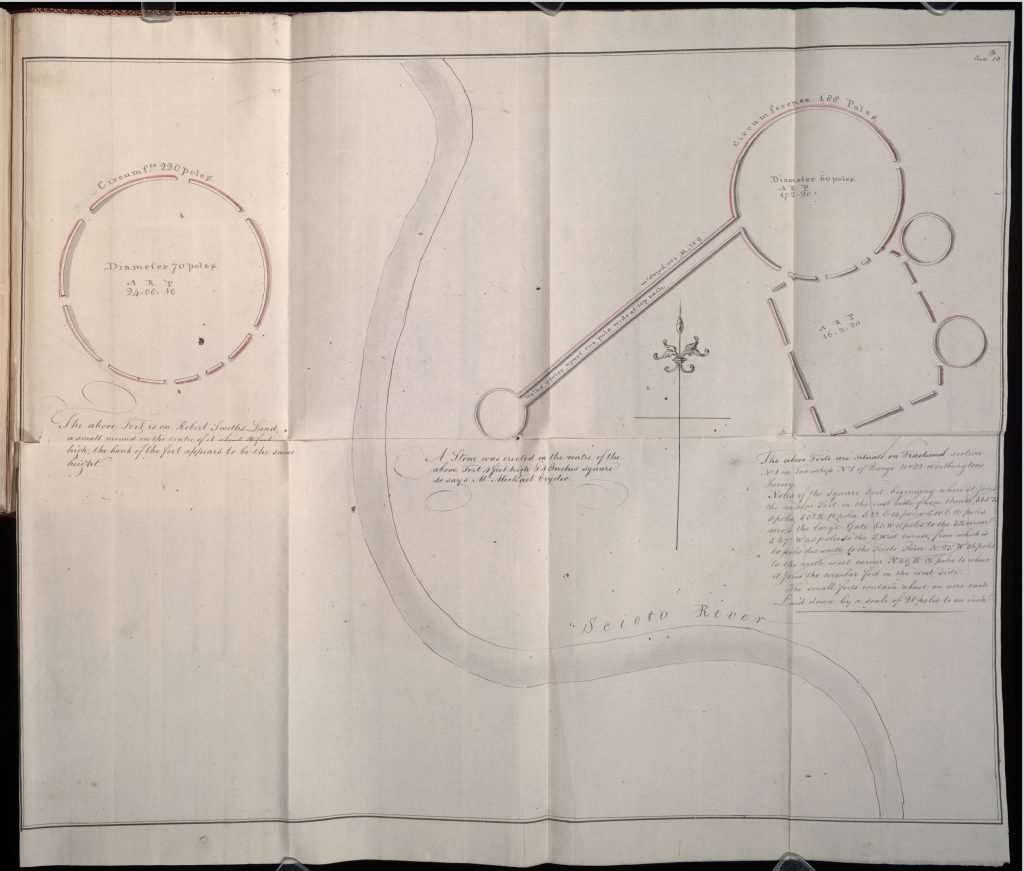 A Sketch of Several Forts by the Scioto River

A foldout drawing details several forts along the Scioto River in present-day Ohio.The unknown mapmaker measured the structures in terms of a pole, a surveyor's tool five and a half yards in length. In 1787 this region became part of the new Northwest Territory, an incorporated territory of the United States that encompassed present-day Ohio, Indiana, Illinois, Wisconsin, Michigan, and Minnesota. Virginia was granted a large tract of land between the Scioto and Little Miami rivers in the Northwest Territory to be used to pay bounties to Virginia veterans of the Revolutionary War.

This hand-drawn sketch was tipped into Thomas Jefferson's copy of the 1787 London edition of his Notes on the State of Virginia. (Jefferson may have inserted the illustration himself.) An engraved version of the drawing was incorporated into the 1853 edition of Notes brought to press in Richmond by Jefferson's grandson and executor, Thomas Jefferson Randolph.