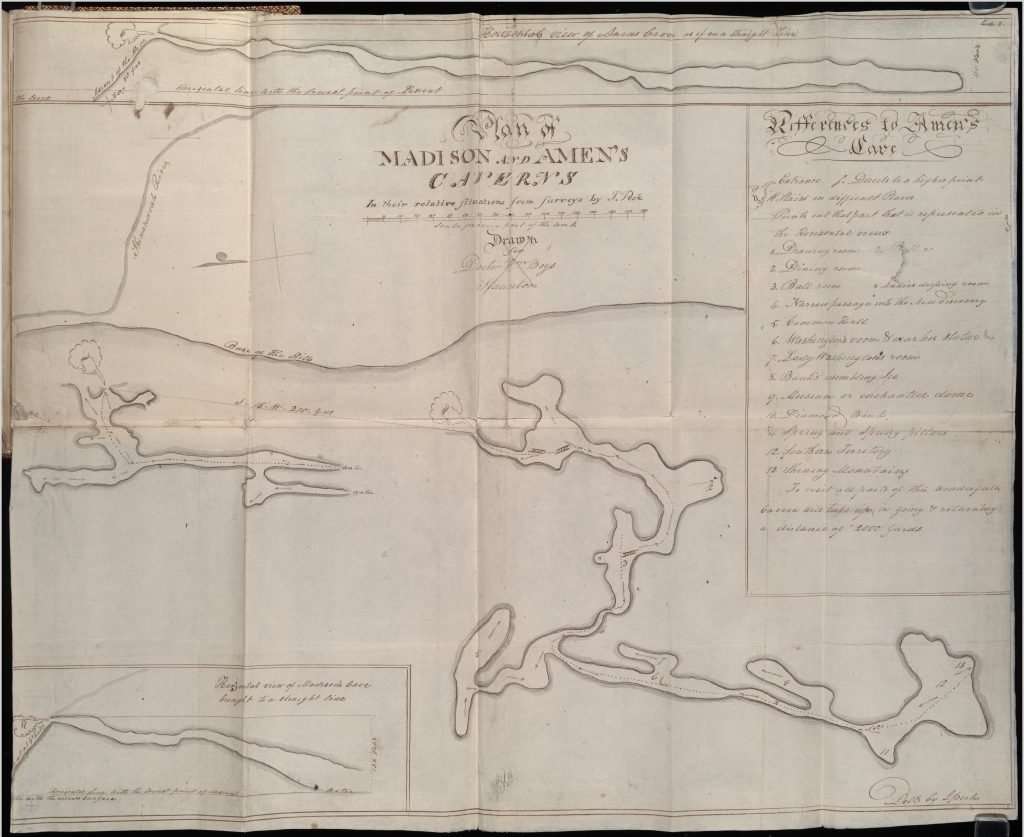 Plan of Madison and Amen’s Caverns

A foldout drawing titled Plan of Madison and Amen's Caverns, maps the interior of two limestone caverns—Madison's Cave and Amen's Cave (now called Grand Caverns)—in the Shenandoah Valley. At right, a key marks specific locations inside Amen's Cave, with fanciful names given to match geological formations. The map indicates where there are stairs to navigate difficult sections of the cave. Visitors are advised that "To visit all parts of this wonderfull cavern will take up (in going & returning) a distance of 2000 yards." At an unknown date, this hand-drawn sketch, based on a survey of the caves made by J. Peck, was tipped into Thomas Jefferson's copy of the 1787 London edition of his Notes on the State of Virginia. (Jefferson may have inserted the illustration himself.) An engraved version of the drawing was incorporated into the 1853 edition of Notes, which was brought to press in Richmond by Jefferson's grandson and executor, Thomas Jefferson Randolph.