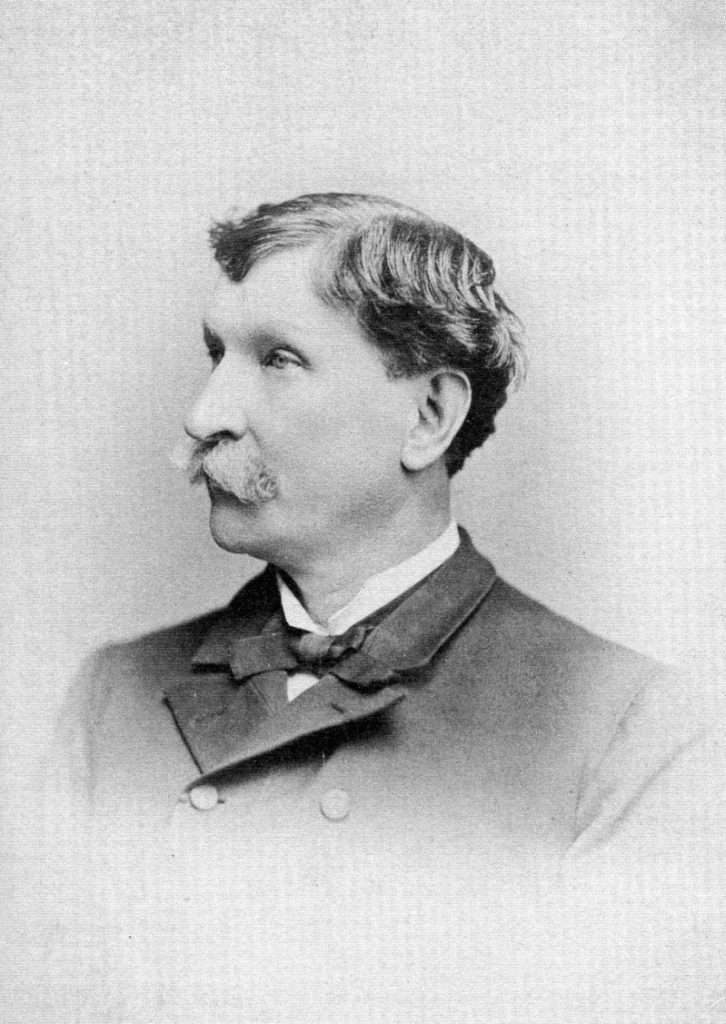 Dr. James B. McCaw sits in profile for an unknown photographer. A prominent Richmond physician and Medical College of Virginia professor, thirty-eight-year-old McCaw was given overall control of the construction and management of the city's Chimborazo Hospital complex in the fall of 1861. Under his guidance, the hospital became the largest and most famous medical facility in the South during the Civil War, and for a time it earned the distinction of being the biggest military hospital in the world. The hospital admitted nearly 78,000 patients suffering from battlefield wounds and diseases. Of this number, approximately 6,500 to 8,000 died, resulting in a mortality rate of about 9 percent. Few hospitals in the Confederacy had lower mortality rates, and those that did generally received patients who were further along in their recovery. The best-staffed and -equipped Union hospitals, in comparison, achieved a 10 percent mortality rate. With no model to draw on, Chimborazo Hospital's success can be attributed to McCaw's insistence on an open-air, pavilion-style design; the comparatively good quality of care; innovative practices; and the dedication of its caregivers.

McCaw oversaw every detail of the operation, from arranging for fresh meat from the hospital's herds of cows and goats that were pastured on a nearby farm (the doctor considered kid meat "the most nutritious and palatable for sick and wounded men") to the construction of a brewery on the property that was capable of producing 400 kegs of beer at a time. He was remembered by his subordinates as being "energetic—capable—skillful. A man with ready oil to pour upon troubles waters. Difficulties melted away beneath the warmth of his ready interest."

From a long line of doctors (his father, grandfather, and great grandfather preceded him in the profession), McCaw continued practicing after the war until his retirement in 1901, at which time he was feted by his peers at a banquet and presented with a loving cup.