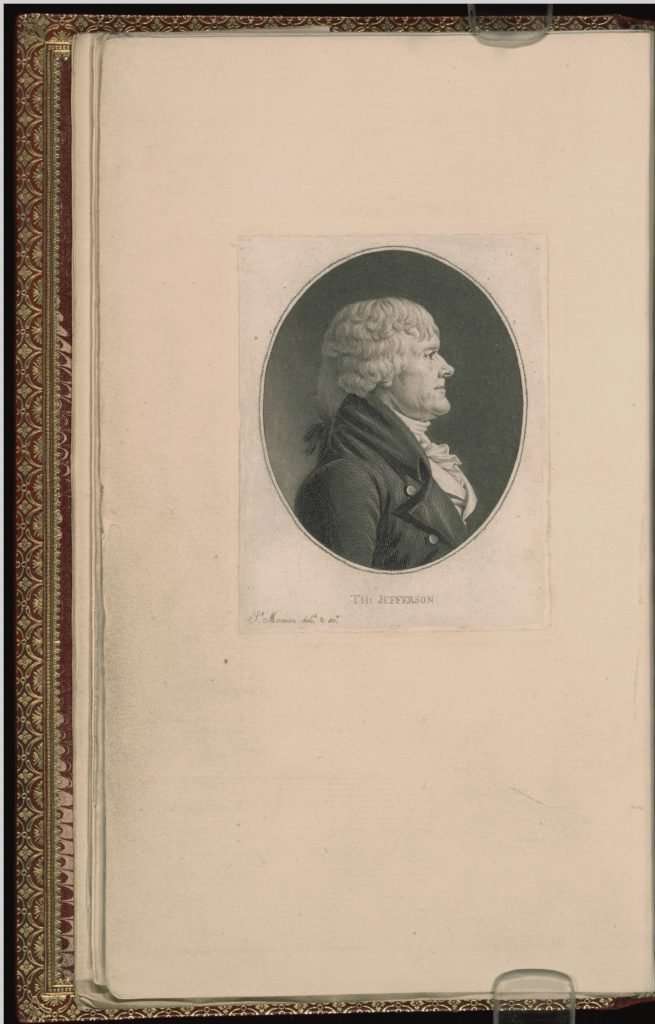 This engraving of Thomas Jefferson is affixed to the frontispiece of Jefferson's copy of the London edition of Notes on the State of Virginia, published in 1787. The image, created in 1804 by the French artist Charles Fevret de Saint-Mémin, was pasted onto the page years after the book's publication in England. Saint-Mémin fled the French Revolution and arrived in the United States in 1793. He became a well-known engraver in the early nineteenth century, creating portraits from life of George Washington, Jefferson, John Marshall, and other prominent figures. Jefferson sat for this portrait when he was sixty-one years old.