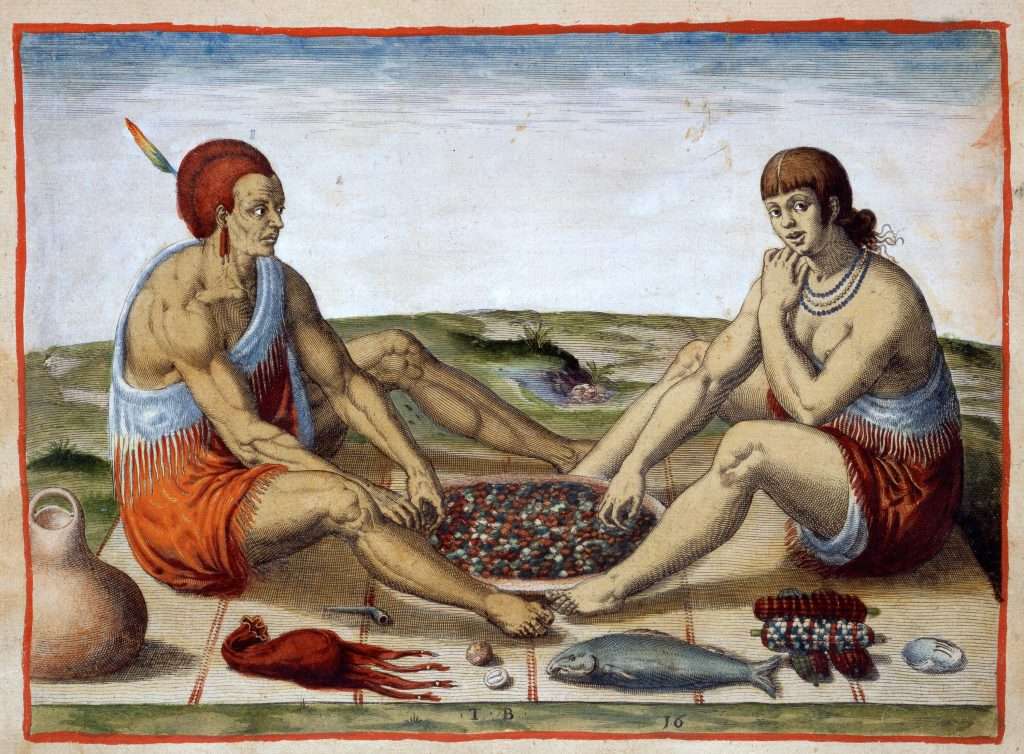 An Indian couple is portrayed eating a meal in this colored engraving by Theodor de Bry based on a watercolor painting by John White. Adding some detail to White's eyewitness sketch, de Bry shows life as it was lived by the Algonquian-speaking Indians in the Outer Banks region of present-day North Carolina. These Indians are closely related in language and culture to the Indians of Tidewater Virginia, and White's paintings are an important source of historical and ethnographic information about both groups.

White's original painting showed the people in slightly more compact postures. De Bry added the vessel (at bottom left) and placed in the foreground food items based on descriptions by Thomas Hariot, who accompanied White and approximately 600 colonists to Roanoke in 1585. In a caption to the engraving, Hariot wrote that the Indians ate on mats laid on the ground, "the men uppon one side, and the woemen on the other." Meals consisted mostly of corn, venison, and fish, and were "of verye good taste." Furthermore, Hariot pointed out, the Indians did not overindulge: "They are verye sober in their eating, and [d]rinkinge, and consequentlye verye longe lived because they doe not oppress nature."