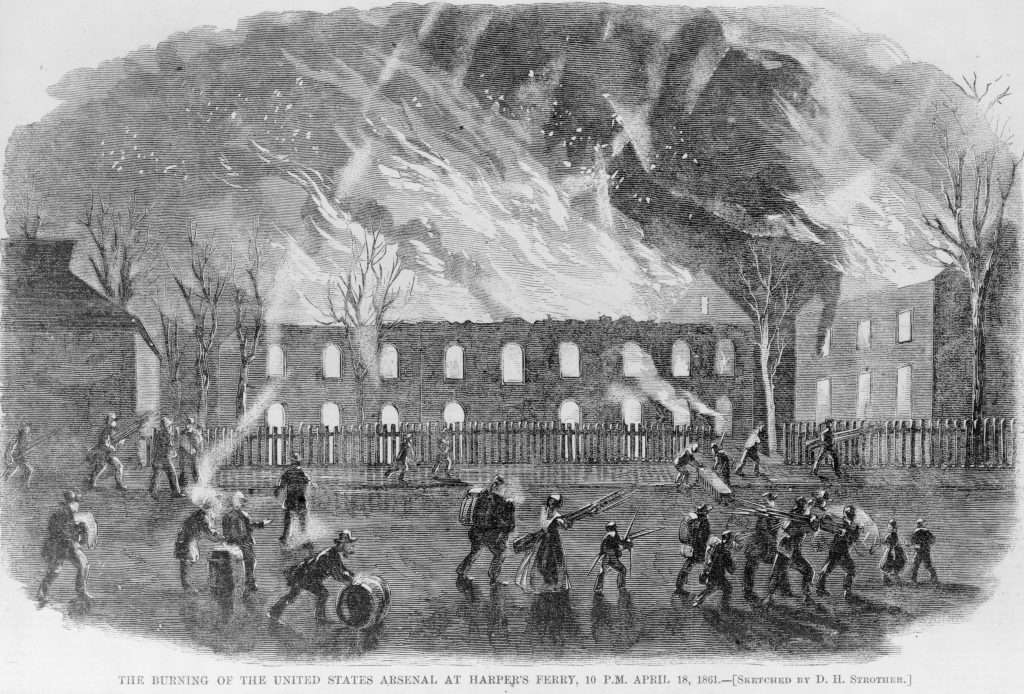 The Burning of the United States Arsenal at Harper’s Ferry

An illustration in the May 11, 1861, edition of Harper's Weekly depicts the burning of the arsenal at Harpers Ferry at the outset of the American Civil War (1861–1865). The day after the Virginia secession convention voted to leave the Union, 1st Lieutenant Roger Jones set fire to the arsenal buildings and then fled north to Pennsylvania, hoping to prevent Confederates from seizing the arsenal equipment. When Virginia militia occupied the town, they salvaged what they could from the ruins and shipped the equipment to Richmond.