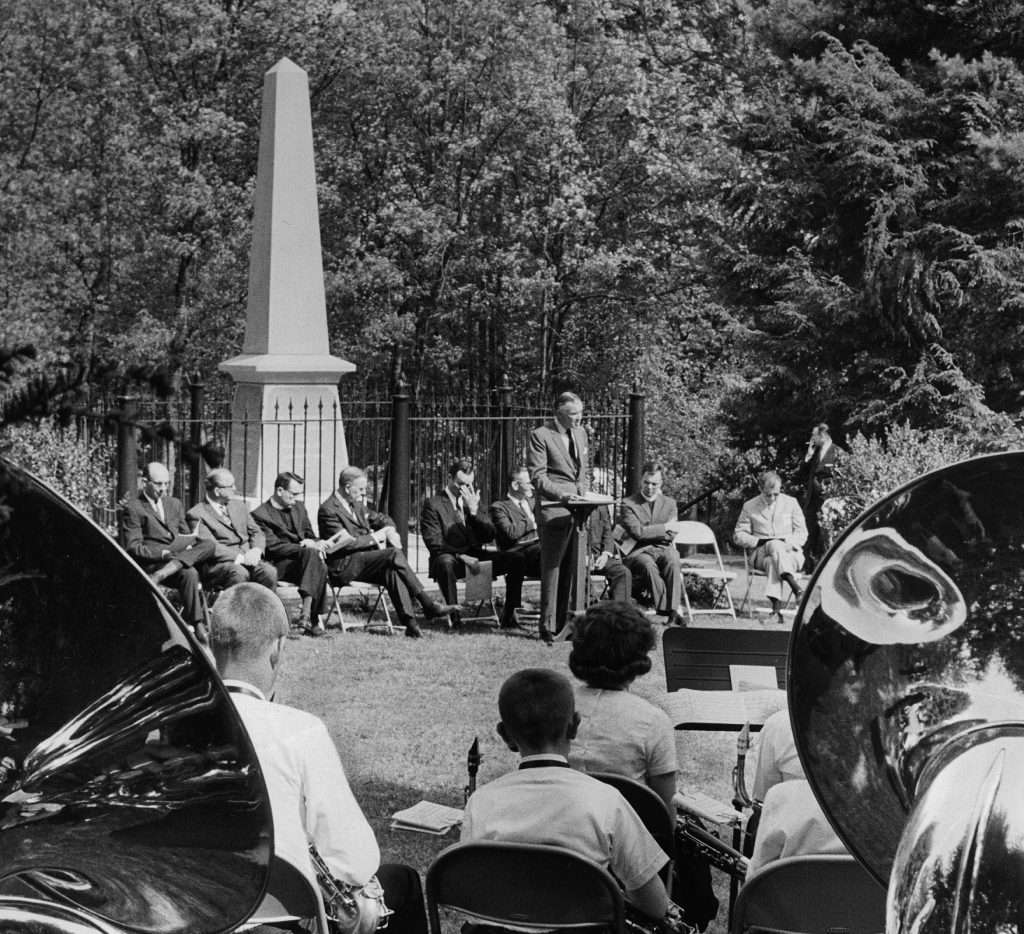 Centennial Commemoration of the Death of Confederate General J. E. B. Stuart

Joseph Bryan III addresses the attendees of a 1964 service commemorating the centennial of the death of Confederate general J. E. B. Stuart. Members of the Henrico High School band are in the foreground. The event took place at the site of a twenty-two-foot monument to Stuart that veterans of his cavalry had erected in Henrico County in 1888. The monument was placed about thirty feet from the spot where Stuart was wounded during the Battle of Yellow Tavern on May 11, 1864. He died the following day in Richmond.