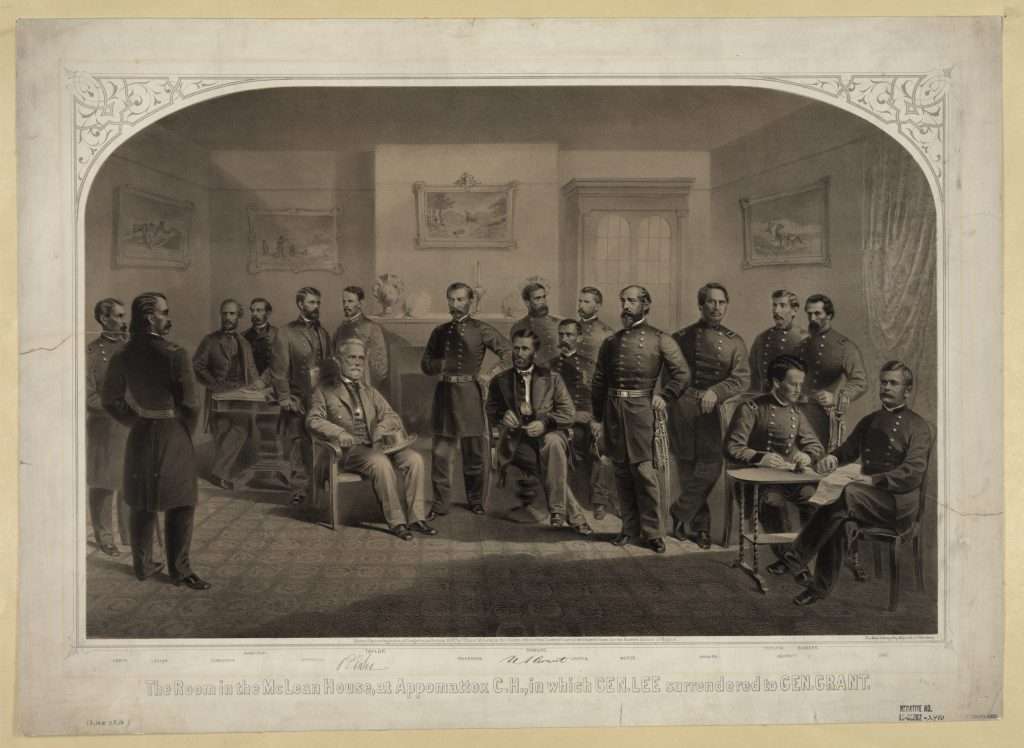 A somber Confederate general Robert E. Lee and Union general-in-chief Ulysses S. Grant are seated at center in this re-creation of the surrender of the Army of Northern Virginia that took place inside the McLean House at Appomattox Court House, Virginia, on April 9, 1865. Most of the soldiers portrayed are Union officers, including General George A. Custer, misspelled in the caption beneath as "Custar"; standing behind Lee are his aides, colonels Walter Taylor and Charles Marshall. In fact, Taylor refused to attend the surrender.