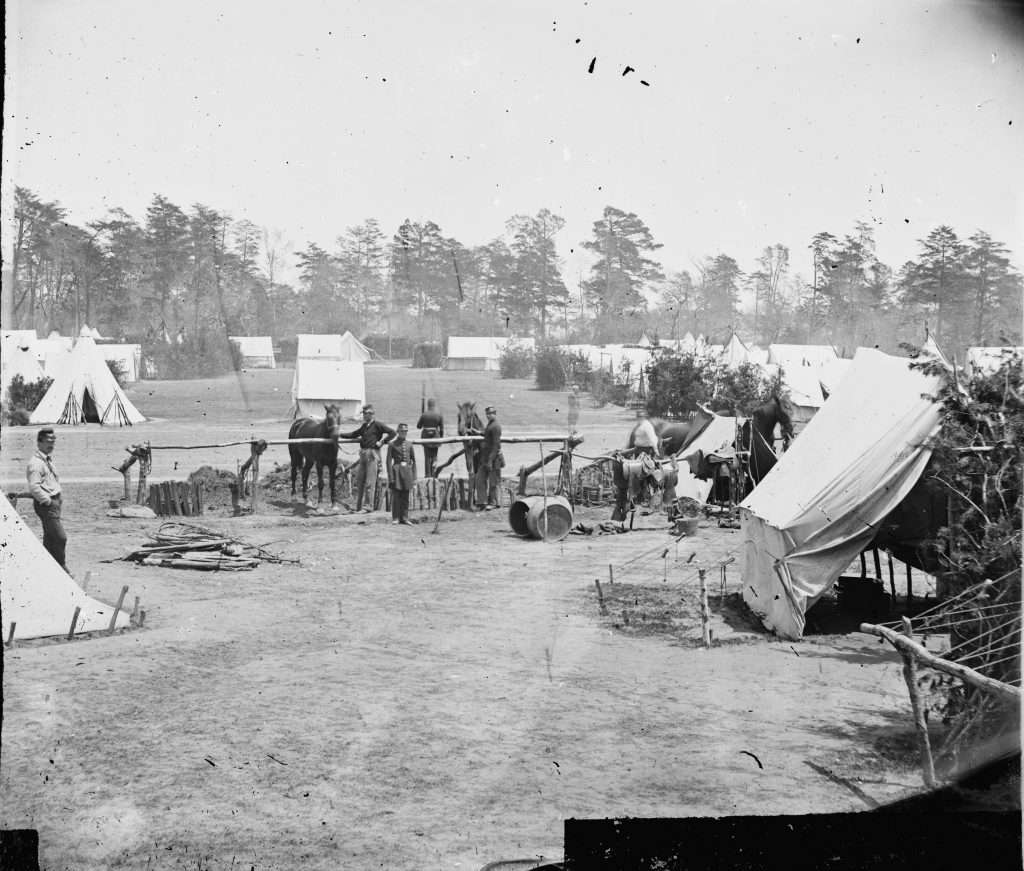 McClellan and the Peninsula Campaign

Several Union soldiers (center) stand at attention at Camp Winfield Scott near Yorktown, Virginia, in May 1862. During the Peninsula Campaign, Union general-in-chief George B. McClellan sailed his Army of the Potomac down the Chesapeake Bay to Fort Monroe. From there, he marched up the Peninsula between the York and James rivers, meeting his first resistance at Yorktown. From April 5 until May 3, 1862, McClellan laid siege to the Confederate defenses there, concentrating his forces and methodically preparing for an eventual attack. Meanwhile, Confederate general John B. Magruder worked to fool McClellan into believing he had more men than he actually did, only to disappear when McClellan finally began to advance.