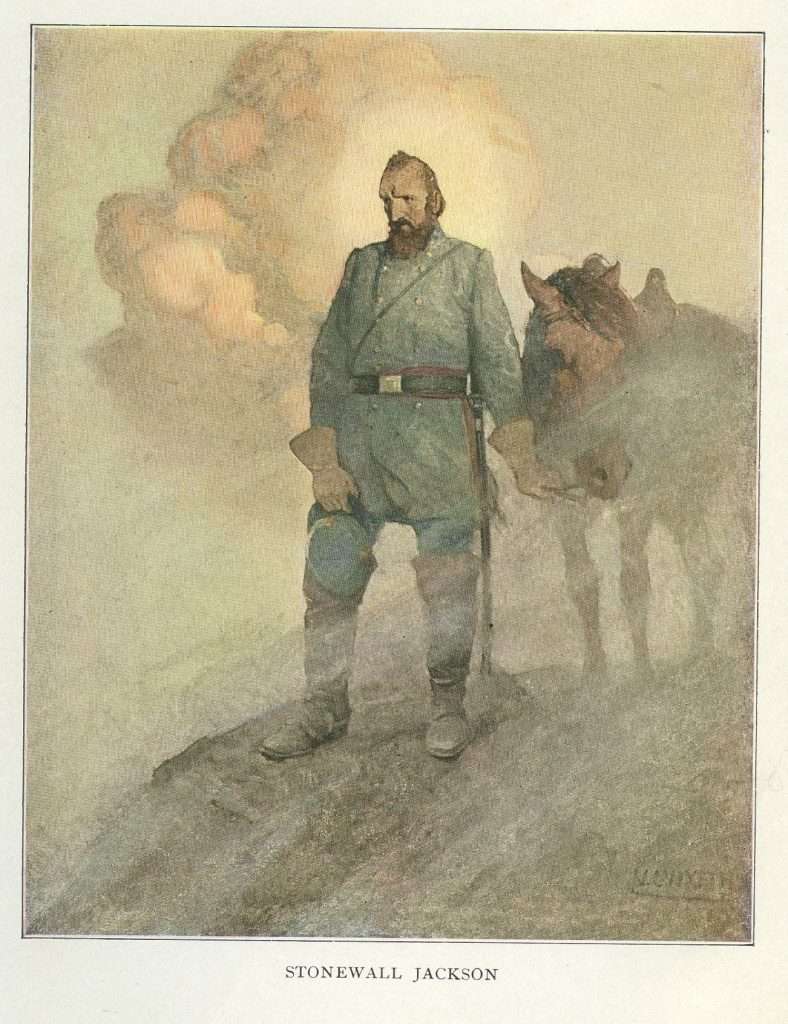 An oil painting by N. C. Wyeth titled Stonewall Jackson (and also known as The General) serves as the frontispiece for Mary Johnston's novel The Long Roll (1911). Confederate general Thomas J. "Stonewall" Jackson is one of the key characters in the book. In July 1910, in preparation for making Jackson's portrait, Wyeth studied photographs of the general and, in a letter to Johnston, he said that he spent "three hours" at the Corcoran Gallery in Washington, D.C., looking at John Adams Elder's 1876 painting of Jackson.

Wyeth, who created all the illustrations for Johnston's book, was disappointed in the quality of the reproductions and referred to them as "miserable smudges" that would cause him "considerable damage" professionally. The general's widow, Mary Anna Jackson, publicly denounced the book for its portrayal of Jackson, which she did not think was admiring enough, and she took specific aim at the frontispiece, which she described as a "miserably unjust and unlikeness-like portrait, … utterly featureless …, more the likeness of some brutal prizefighter of physical figure and countenance, all animal without one spark of mental illumination." In contrast, an editor at the publishing house Houghton Mifflin praised the work, writing Wyeth, "The picture has held me by its powerful presentation of a great man … The effect of the halo about his head will suggest St. Stonewall to his admiring southern friends. I hope you will hold it at a good round price and not sell it to the first bidder." In fact, Wyeth did not sell the painting; he gave it to Johnston in 1912.