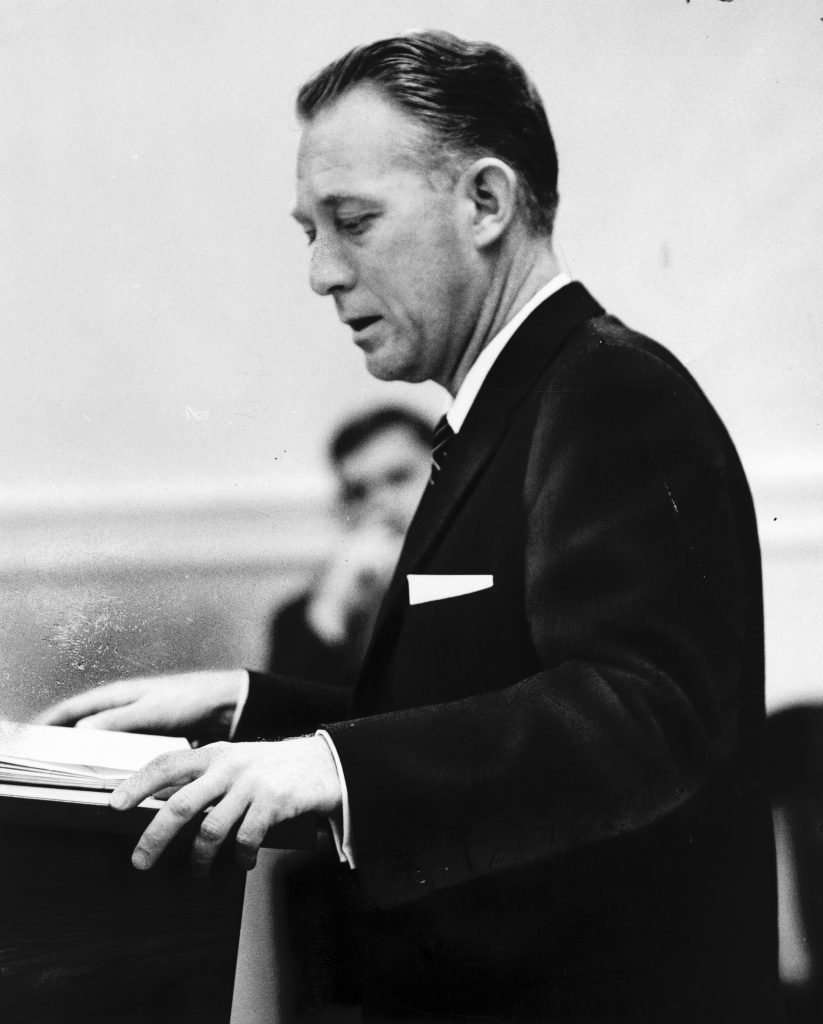 A photograph from the Richmond Times-Dispatch shows Assistant Attorney General R. D. McIlwaine III speaking  before a joint hearing of the Senate and House Courts of Justice Committees at the Virginia General Assembly on February 5, 1964. McIlwaine was discussing a bill concerning the drunk driving law. On April 10, 1967, he would argue on behalf of the commonwealth in the case of Loving v. Virginia.