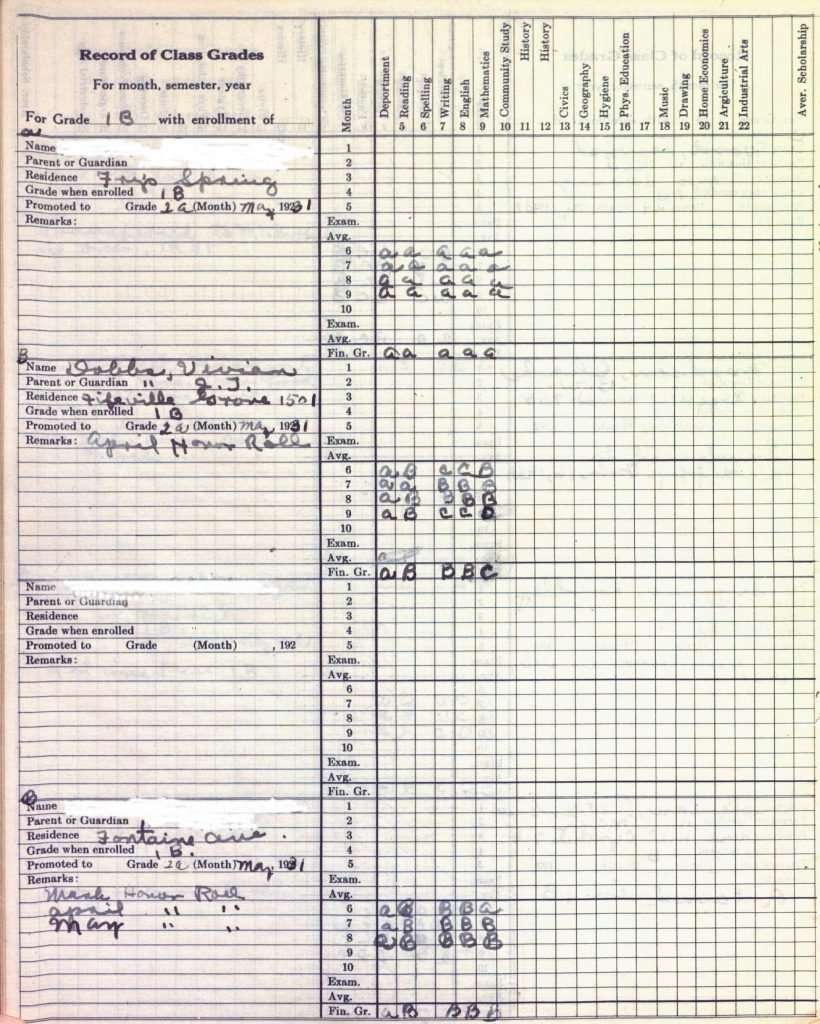 A gradebook from Venable School in Charlottesville notes that Vivian Dobbs achieved the honor roll in April 1931 and was promoted to second grade. (The names of the other students have been obscured for privacy reasons.) Carrie Buck, Dobbs's mother, was placed in the Virginia State Colony for Epileptics and Feeble-Minded after giving birth to Dobbs, and was eventually forced by the state to undergo sterilization surgery. In the legal case surrounding the issue, a eugenics researcher testified that both mother and daughter were likely part of a mentally "defective strain."