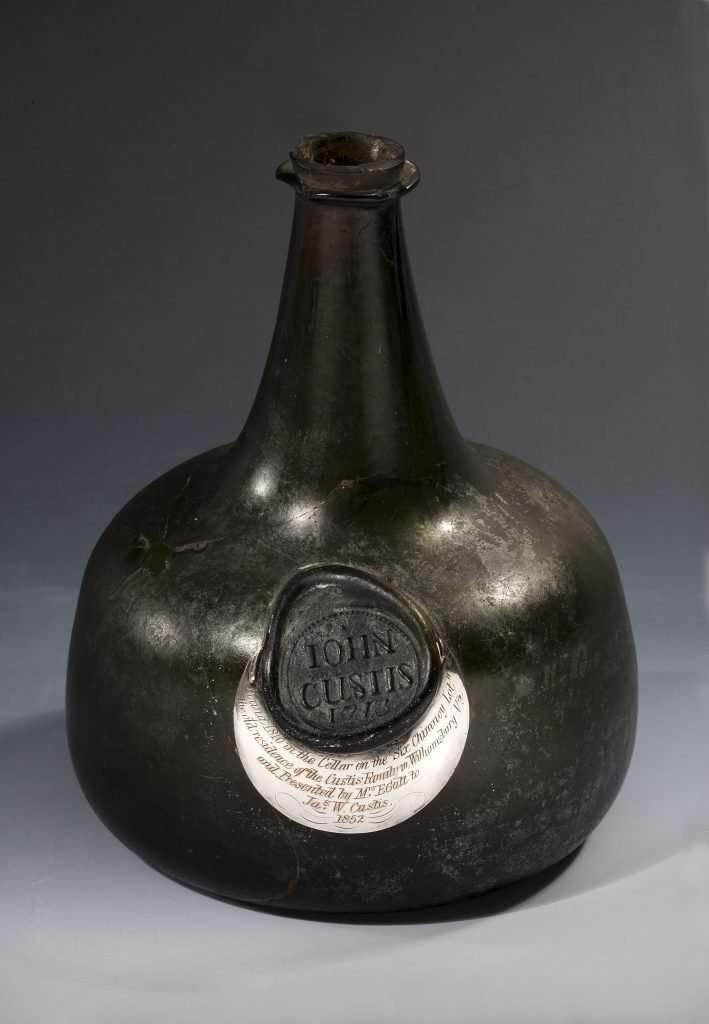 This glass wine bottle was found in 1810 in the cellar of a Williamsburg home once owned by John Custis (1678–1749). The silver collar describing its discovery was added to the bottle in the twentieth century.

Custis had vast quantities of European wine imported to his houses in Williamsburg and Accomack County. When visiting Custis in 1709, William Byrd II noted in his diary that "every day at dinner we had a bottle of good wine first and then a bottle of bad.” Custis once reprimanded his agent in London over a shipment of wine that he claimed was "nothing near as good as that sent first ... I cannot drink one drop of it."