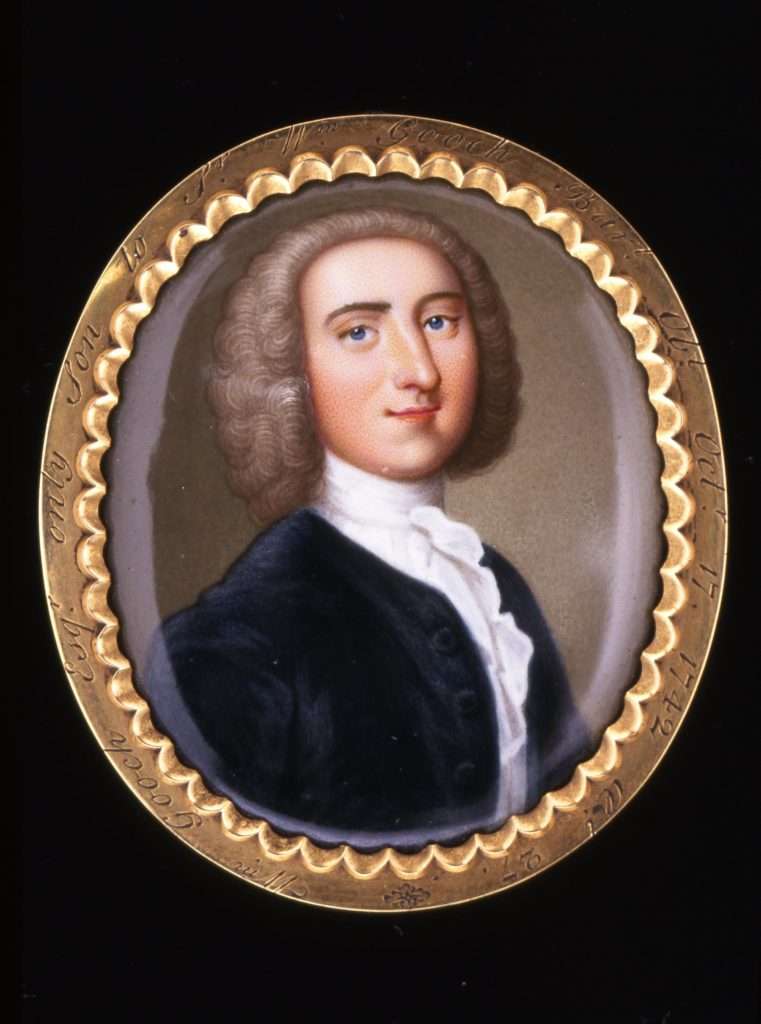 William "Billy" Gooch, the only child born to Sir William Gooch and his wife, Rebeccca Staunton Gooch, is the subject of this enamel-on-copper miniature portrait. The young man died of the bloody flux (dysentery) on October 17, 1742, at the age of twenty-six, leaving behind a wife who was six months' pregnant. (Both his wife and infant son died within the year.) Sir William Gooch wrote of his son, "As a Christian, he was Pious, Just and Charitable: as a Gentleman, good-natured, sober and of good manners, and besides, a great Proficient in the Mathematicks, for which he had a surprising Genius, understood all the polite accomplishments, such as Dancing, Riding and Fencing, making by his Height, near Six Foot, shape and air, a very genteel appearance in any of those Exercises."