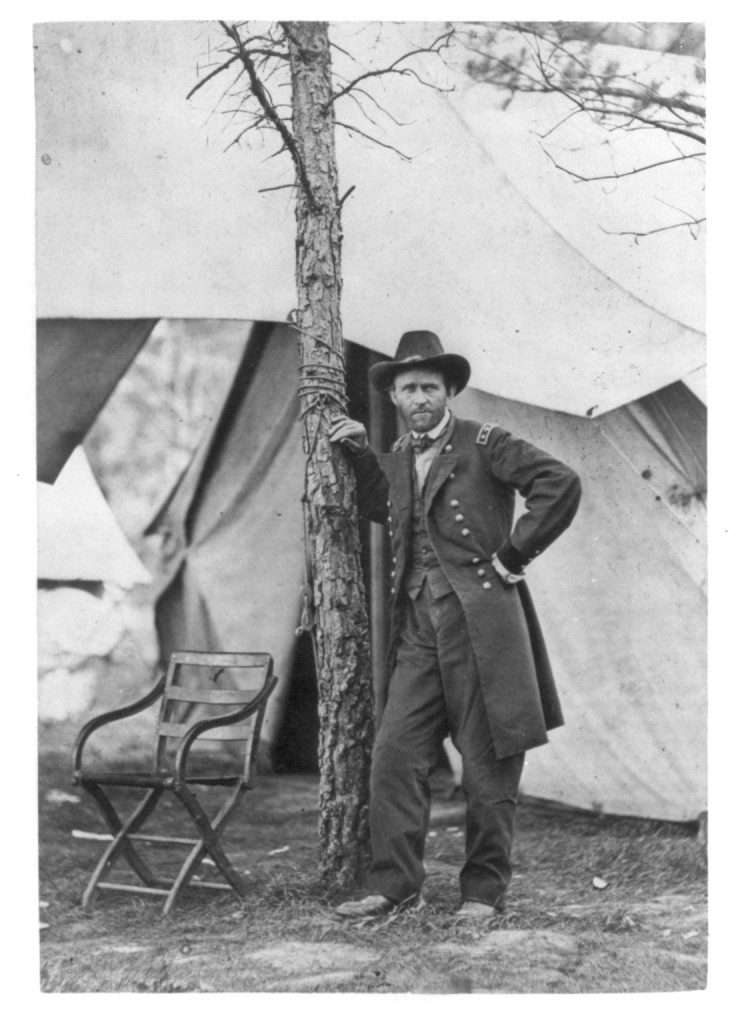 This photograph of Union general-in-chief Ulysses S. Grant was taken at his Cold Harbor headquarters on either June 11 or 12, 1864. Grant carries himself with confidence in the photograph, but in reality he must have felt some uncertainty. His recent attempt to unseat Confederate general Robert E. Lee's outnumbered forces from their fortified positions had been a failure, and in his memoirs he wrote: "I have always regretted that the last assault at Cold Harbor was ever made." Even so, Grant was planning a bold move that would catch Lee by surprise. On June 12, he moved his army around the Confederate forces at Cold Harbor and toward Petersburg, south of Richmond.