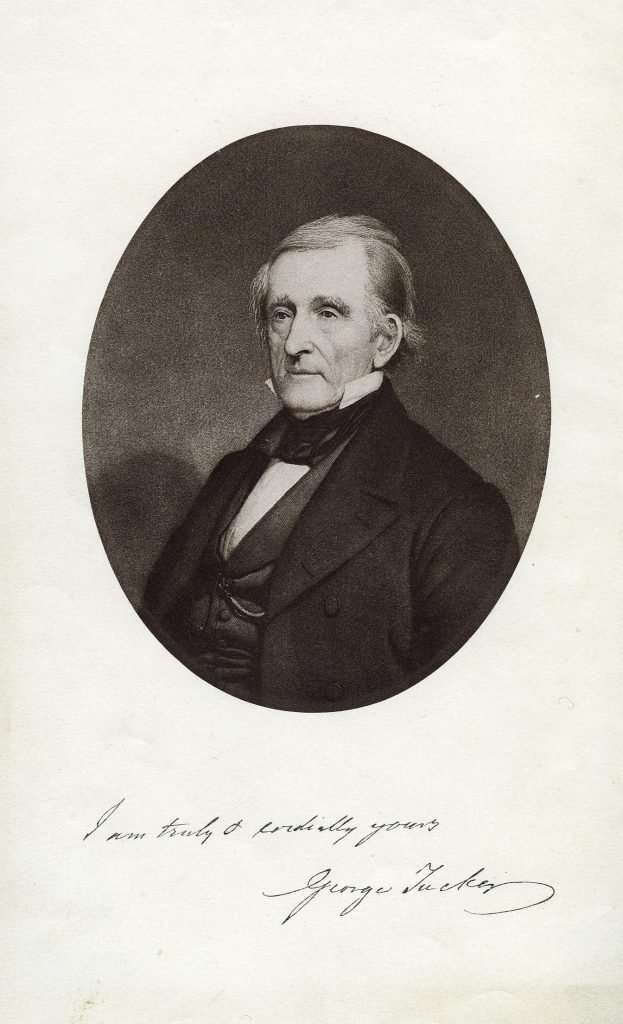 An engraved portrait of George Tucker and a facsimile of his signature serve as the frontispiece for a biographical sketch titled "Our University: II. George Tucker, Professor of Moral Philosophy in Univ. of Va. 1825–1845." The article appeared in the Virginia University Magazine in June 1880, and later was reprinted and bound in a separate edition.