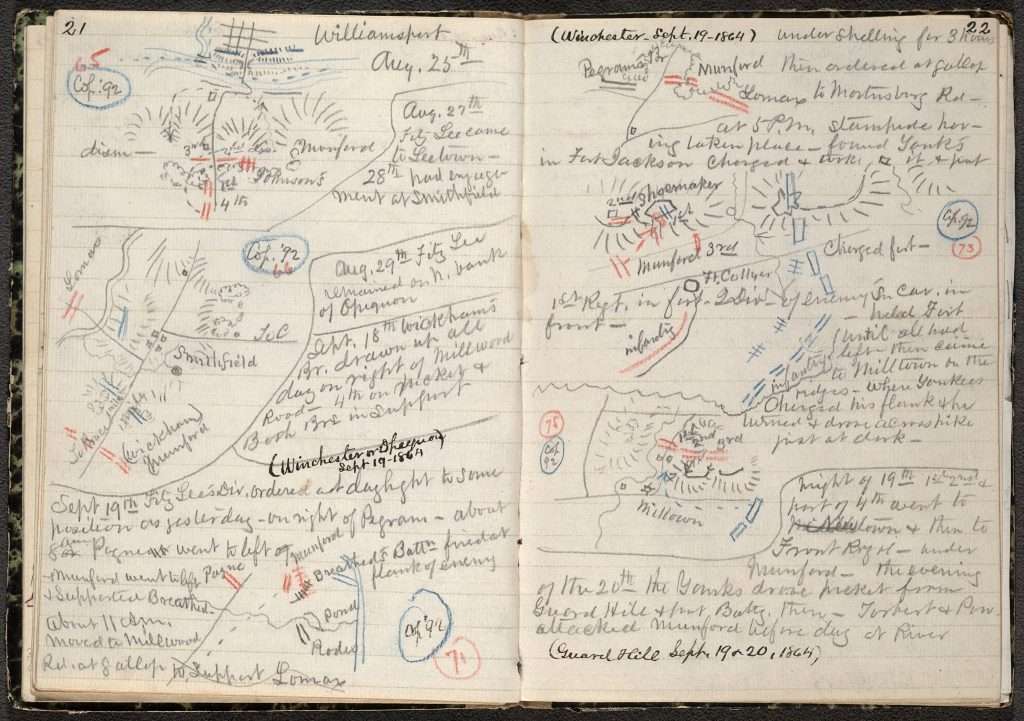 Pages twenty-one and twenty-two from a sketchbook kept by the Confederate mapmaker Jedediah Hotchkiss detail troop movements leading up to, during, and after the Third Battle of Winchester (also known as the Battle of Opequon) on September 19, 1864. Hotchkiss, a topographical engineer with the Second Corps, Army of Northern Virginia, interspersed his notes with line drawings in gray or colored pencils.