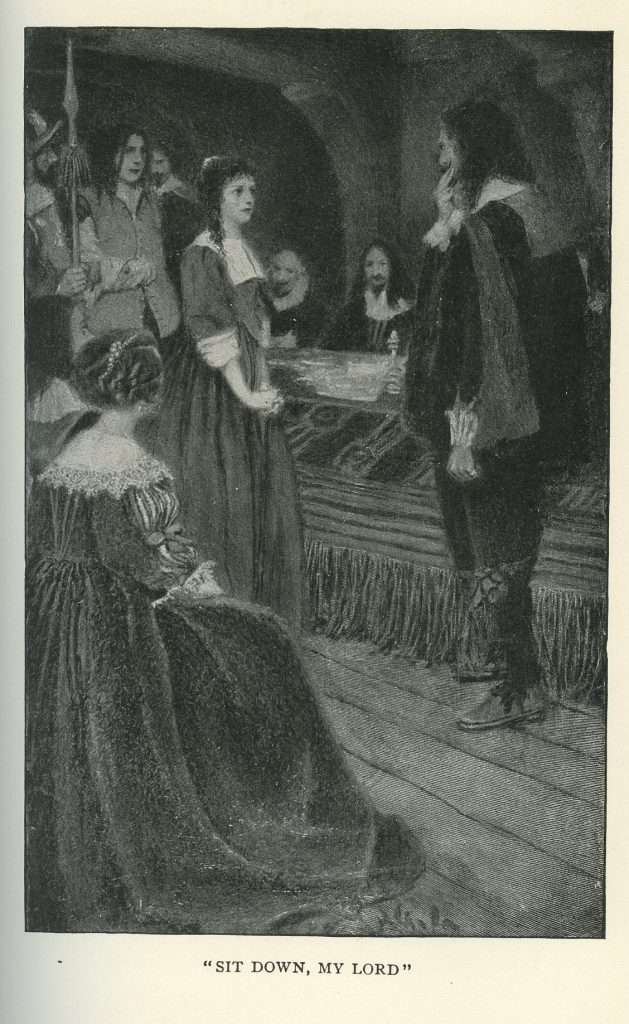 An illustration in Mary Johnston's novel To Have and to Hold (1900) depicts a scene in which Jocelyn Leigh Percy stands before Virginia governor Sir Francis Wyatt and defends her husband, Captain Ralph Percy, who is being held prisoner. She wins her husband's release.

Johnston's best-selling novel is set in colonial Virginia in 1621 and 1622 and makes use of real-life characters such as Governor Sir Francis Wyatt. This image was probably made by the well-known illustrator Howard Pyle.