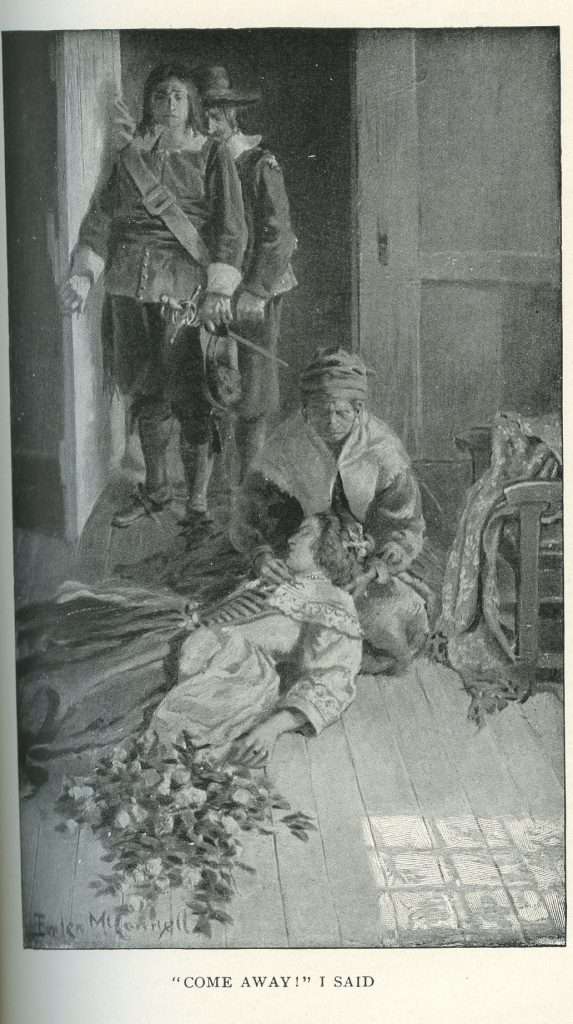 “‘Come Away!’ I Said”,University of Virginia Library ,Monday

An illustration by Emlen McConnell in Mary Johnston's novel To Have and to Hold (1900) depicts the scene in which Lady Jocelyn Leigh reveals her true identity to her husband, Captain Ralph Percy. After revealing her secret, she faints and is tended to by an enslaved woman named Angela. Percy tells his indentured servant Diccon, who is standing behind him, to "Come away!" and leave the two women alone.