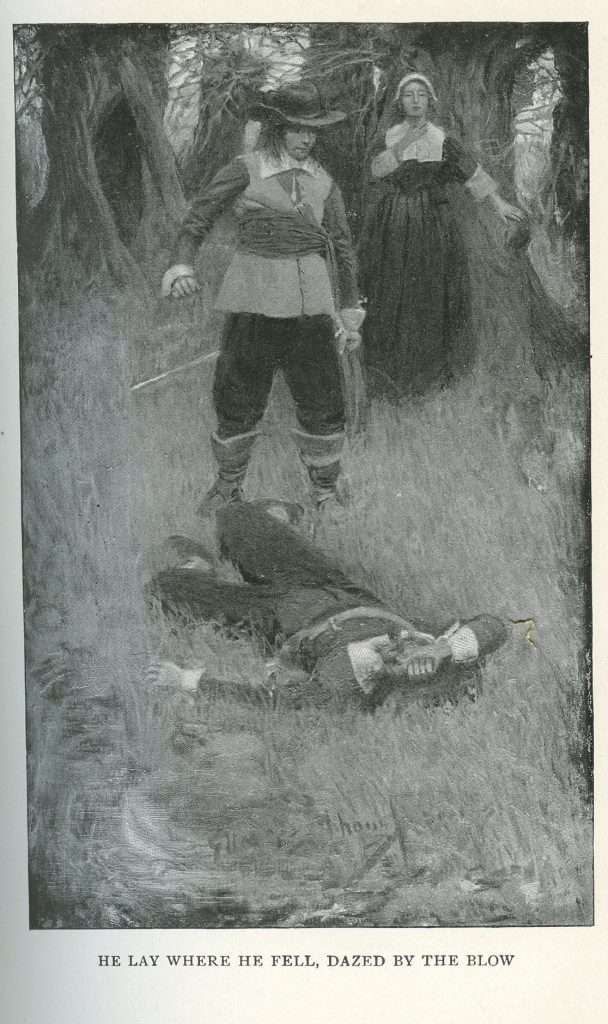 He Lay Where He Fell

An illustration by E. B. Thompson in Mary Johnston's novel To Have and to Hold (1900) depicts the scene in which the hero, Captain Ralph Percy, comes upon a Virginia colonist who is trying to forcibly kiss a young English woman who has been imported for marriage. Percy strikes the assailant, and then turns to the woman and asks for her hand in marriage. The woman—Lady Jocelyn Leigh, a ward of the king of England— has hidden her true identity but agrees to marry Percy.