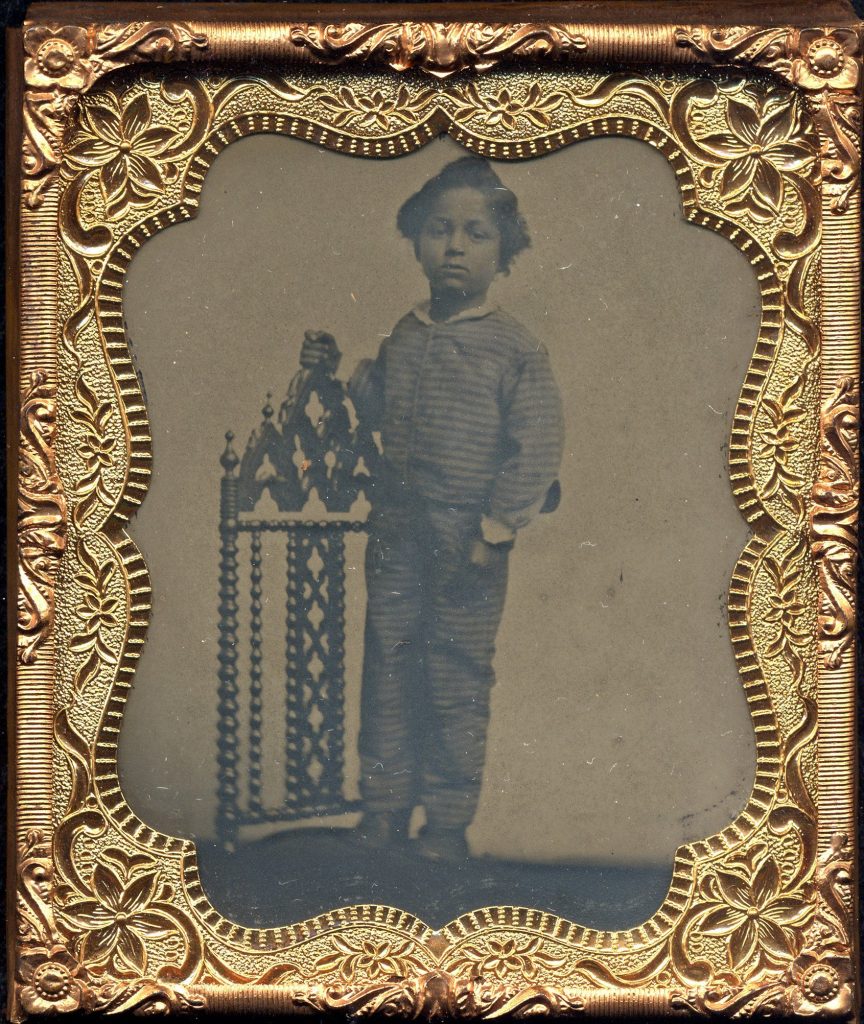 "Jim Limber" or James Henry Brooks—his legal name and his life dates are uncertain—was a free, mixed-race child in the Confederate capital of Richmond during the American Civil War (1861–1865) who lived for slightly more than a year in the household of Confederate president Jefferson Davis. This is the only known photograph of Jim, and some historians have suggested that it's evidence that Jim was a close playmate of the Davis children, effectively a member of the family.