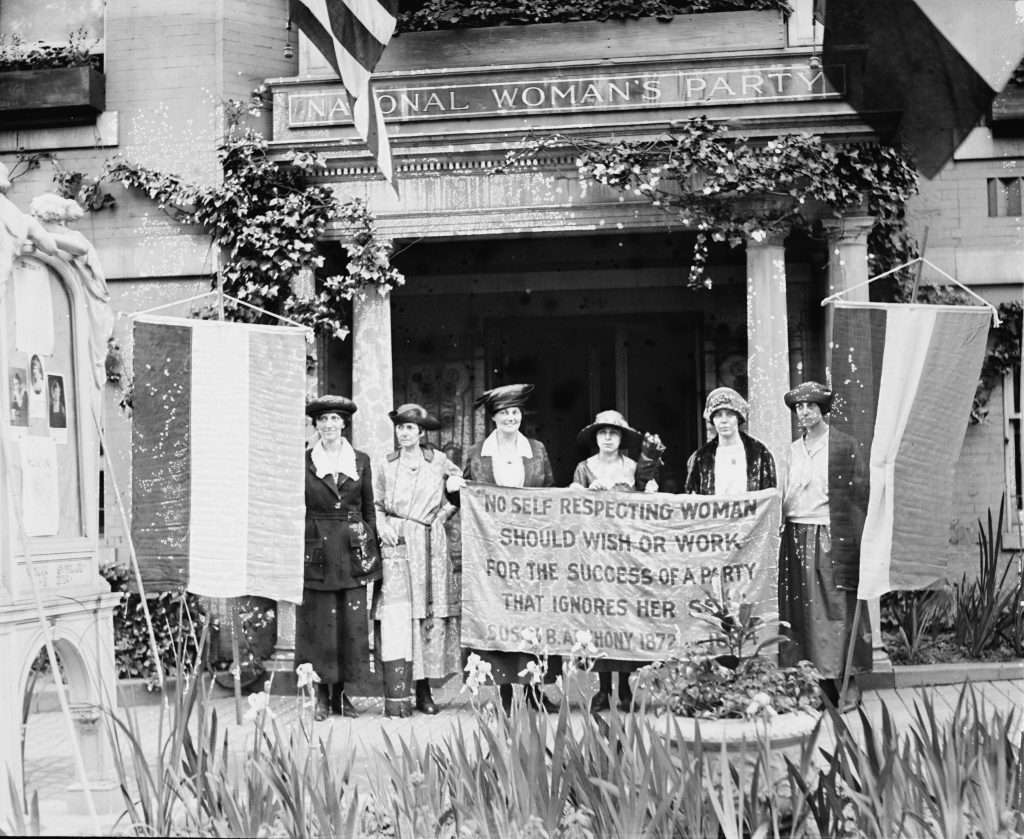 In a photograph taken on June 2, 1920, the chairman and officers of the National Woman's Party, a militant organization promoting woman suffrage, hold up a sign with the admonition promulgated by Susan B. Anthony in 1872 and 1894: "No self respecting woman should wish or work for the success of a party that ignores her sex." The women pose in front of the Washington headquarters of the National Woman's Party before leaving for the Republican Party's national convention in Chicago. From left to right are Sue White, Benigna Green Kalb, Mrs Jas Rector, Mary Dubrow, Chairman Alice Paul, and Elizabeth Kalb.