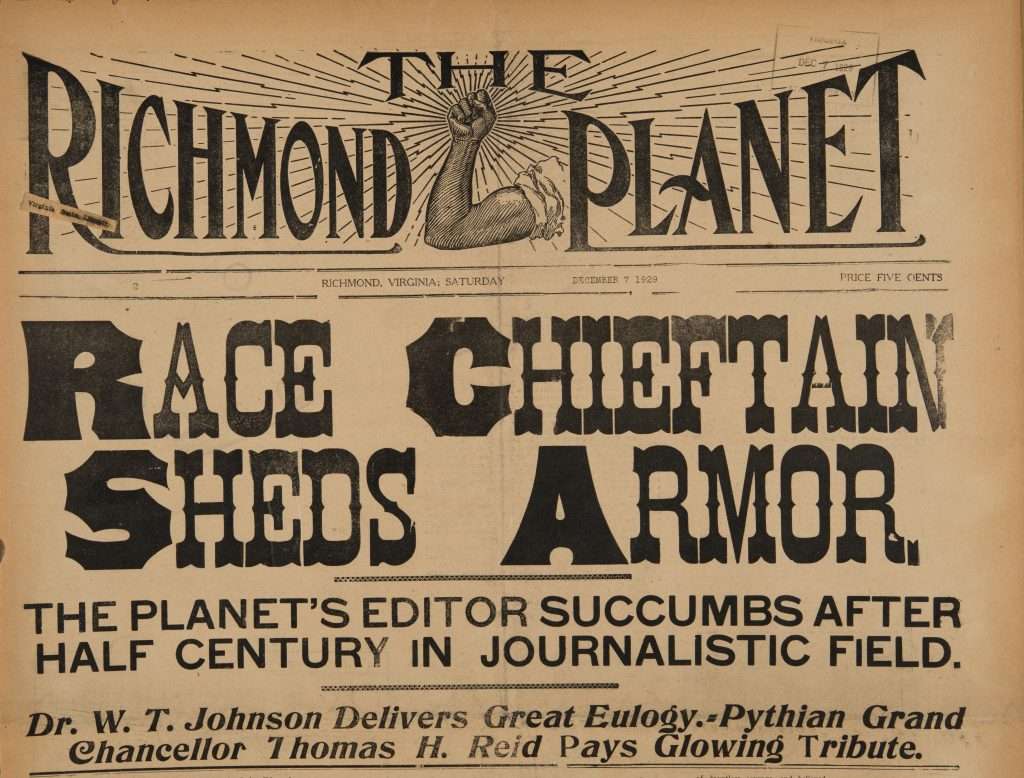 The December 7, 1929, edition of the Richmond Planet, an influential African American weekly newspaper, bears the banner headline "Race Chieftain Sheds Armor," in tribute to John Mitchell Jr., who died three days previously. Mitchell served as editor of the newspaper from 1884 until his death. Among those who eulogized Mitchell was the grand chancellor of the Virginia branch of the Knights of Pythias, a position once held by Mitchell.