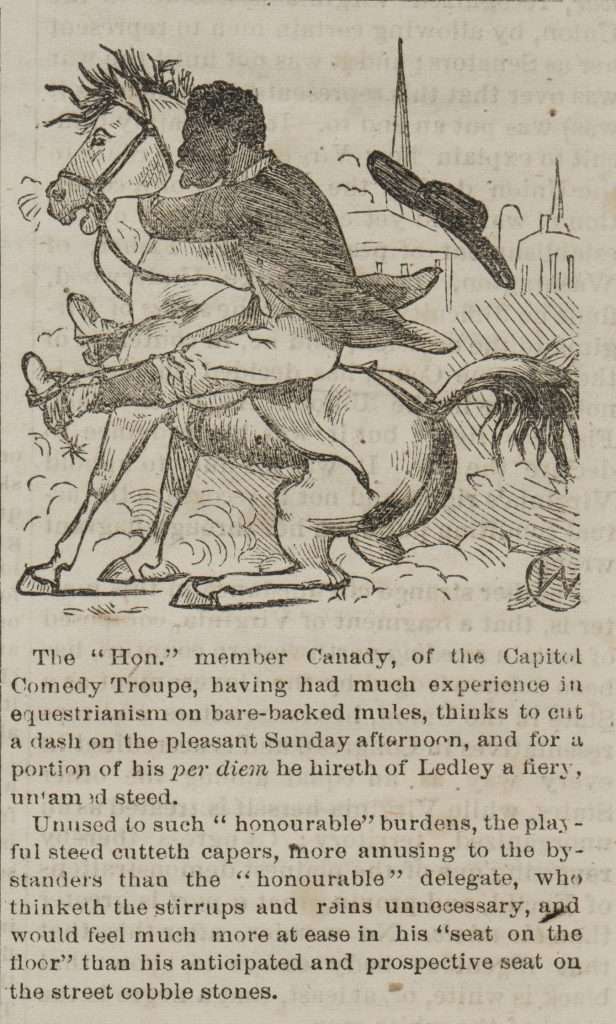 An engraving in the Southern Opinion, published on March 28, 1868, presents a caricature of David Canada (misspelled Canady), a former slave then serving as a member of the Convention of 1867–1868—an assemblage referred to in the caption as the "Capitol Comedy Troupe." The text makes fun of Canada's equestrian skills, saying that he only knows how to ride "bare-backed mules" and that he "thinketh the stirrups and reins unnecessary." The Southern Opinion was a weekly newspaper published in Richmond from 1867 to 1869.