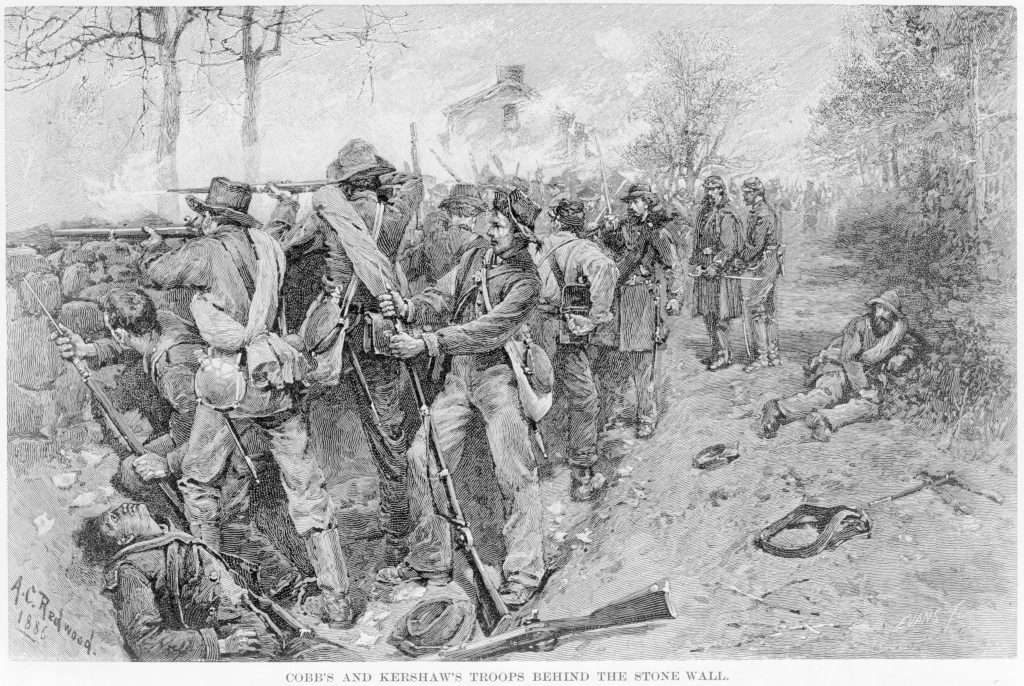 Cobb’s and Kershaw’s Troops Behind the Stone Wall

At the Battle of Fredericksburg on December 13, 1862, Union troops launched an uphill assault against Confederates behind a stone wall on Marye's Heights. "We came forward as though breasting a storm of rain and sleet," one Union soldier later wrote, "our faces and bodies being only half-turned to the storm, our shoulders shrugged." Not a single man reached the stone wall, and Confederate general James Longstreet was able to advise Robert E. Lee that "if you put every man now on the other side of the Potomac on that field to approach me over the same line, and give me plenty of ammunition, I will kill them all before they reach my line." Cobb's and Kershaw's troops were from the brigades commanded by Thomas R. R. Cobb of Georgia and Joseph B. Kershaw of South Carolina.