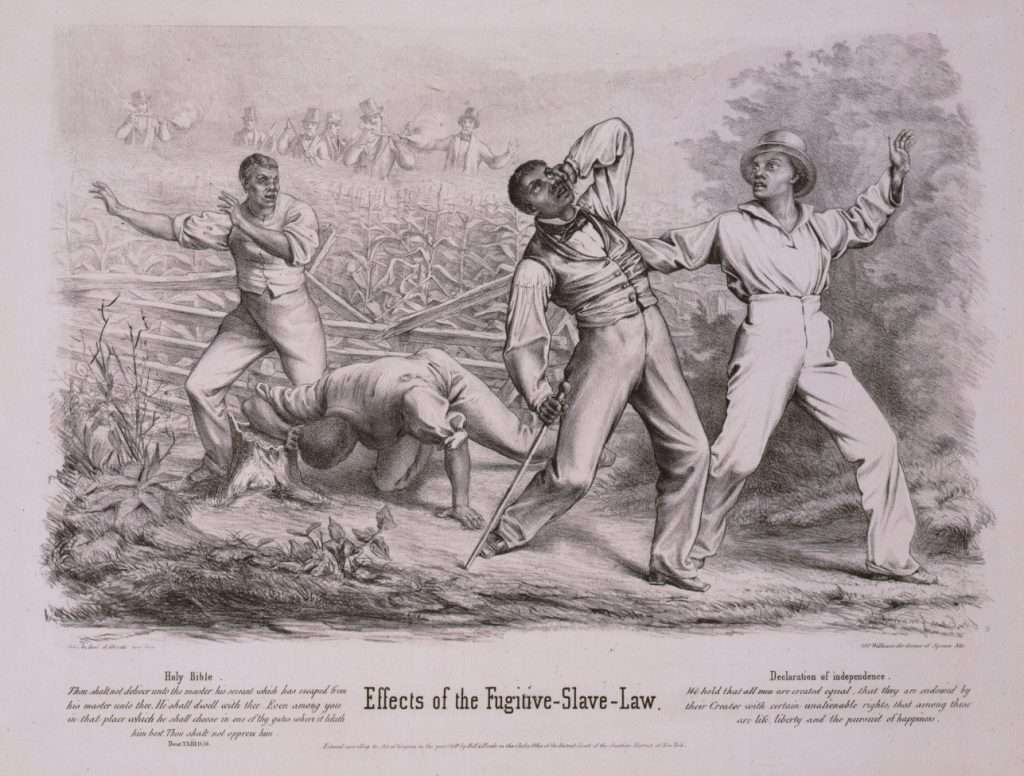 A political cartoon titled Effects of the Fugitive-Slave-Law depicts four African American men being fired upon by a posse of white men. Two of the black men have apparently been wounded—one has fallen to the ground, another reaches for his head. Beneath the drawing are two quotations. One is from Deuteronomy and reads in part, "Thou shalt not deliver unto the master his servant which has escaped from his master unto thee … Thou shalt not oppress him." The second is from the Declaration of Independence: "We hold that all men are created equal, that they are endowed by their Creator with certain unalienable rights, that among these are life, liberty and the pursuit of happiness."

Produced in New York City in 1850, the lithograph served as a response to the Fugitive Slave Act, which had just been passed by Congress. The law required free states to assist slaveowners on recovering slaves who had escaped into the North.