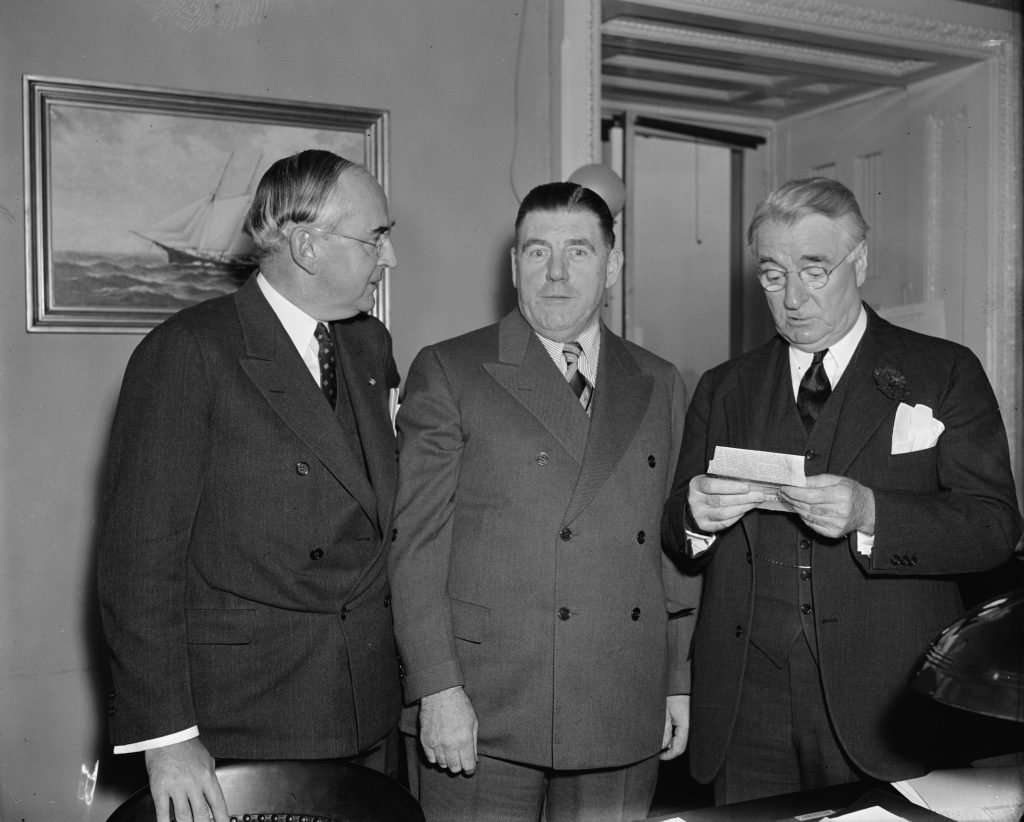 Charges of Communism Made Against CIO Union

Joseph P. Ryan (center), president of the International Longshoremen's Association, an affiliate of the American Federation of Labor (AFL), is shown with Senator Arthur Vandenberg (left) and Senator Royal Copeland (right), chairman of the Senate Commerce Committee, on February 9, 1938. Ryan appeared that day before the Commerce Committee and testified that communists had infiltrated the Merchant Marine Union, which was affiliated with the Committee of Industrial Organizations, or CIO (later known as the Congress of Industrial Organizations).