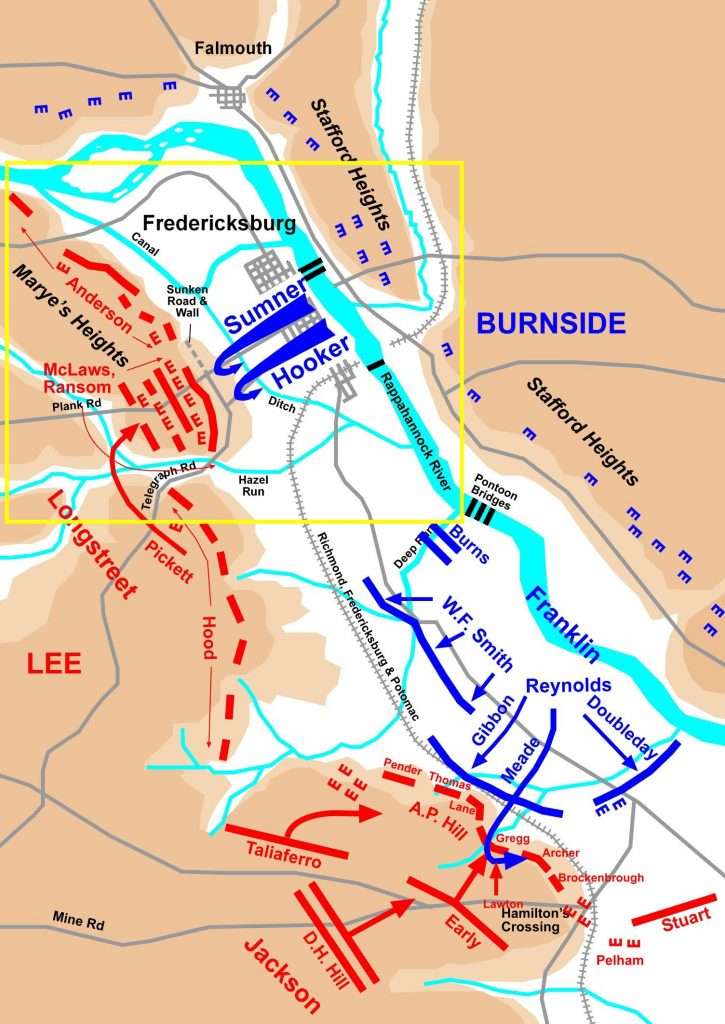 Overview of the Battle of Fredericksburg

The Battle of Fredericksburg, December 11–14, 1862, was perhaps the Confederacy's most lopsided victory of the American Civil War (1861–1865). After Union general George B. McClellan failed, in U.S. president Abraham Lincoln's eyes, to capitalize on the close-enough victory at Antietam, Lincoln replaced him with Ambrose E. Burnside. The bushy-cheeked general did his best to pursue Robert E. Lee, but his best ended in disaster, with Union troops making a hopeless charge up Marye's Heights. This series of area and battlefield maps shows the movement of Union (blue) and Confederate (red) troops leading up to, during, and after the fighting.