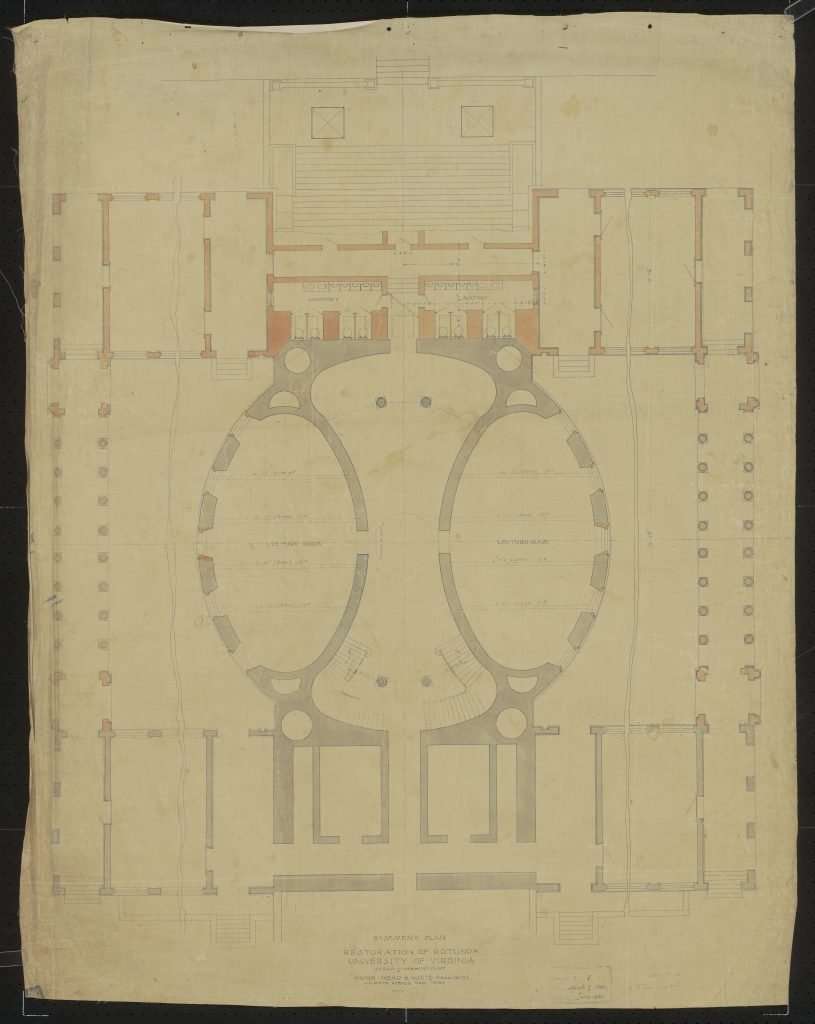 An 1896 architectural plan shows the configuration of rooms in the basement (known today as the ground floor) of the restored Rotunda at the University of Virginia. The building was destroyed by fire in 1895, and the New York architectural firm of McKim, Mead & White, with renowned architect Stanford White leading the design team, was hired to rebuild, and in some ways modify the Rotunda. In this plan the two elliptical spaces at center were designated as lecture rooms. In the 1830s and 1840s there had been an additional elliptical space, just below the lavatories shown here, which was the site of Jefferson's Natural History Museum. That museum conisted of "some of Mr. Jefferson's collections of curiosities, Indian utensils & dresses & weapons & a part of a mammoth's skeleton," as visitor Ann Maury recorded in her diary in October 1831.