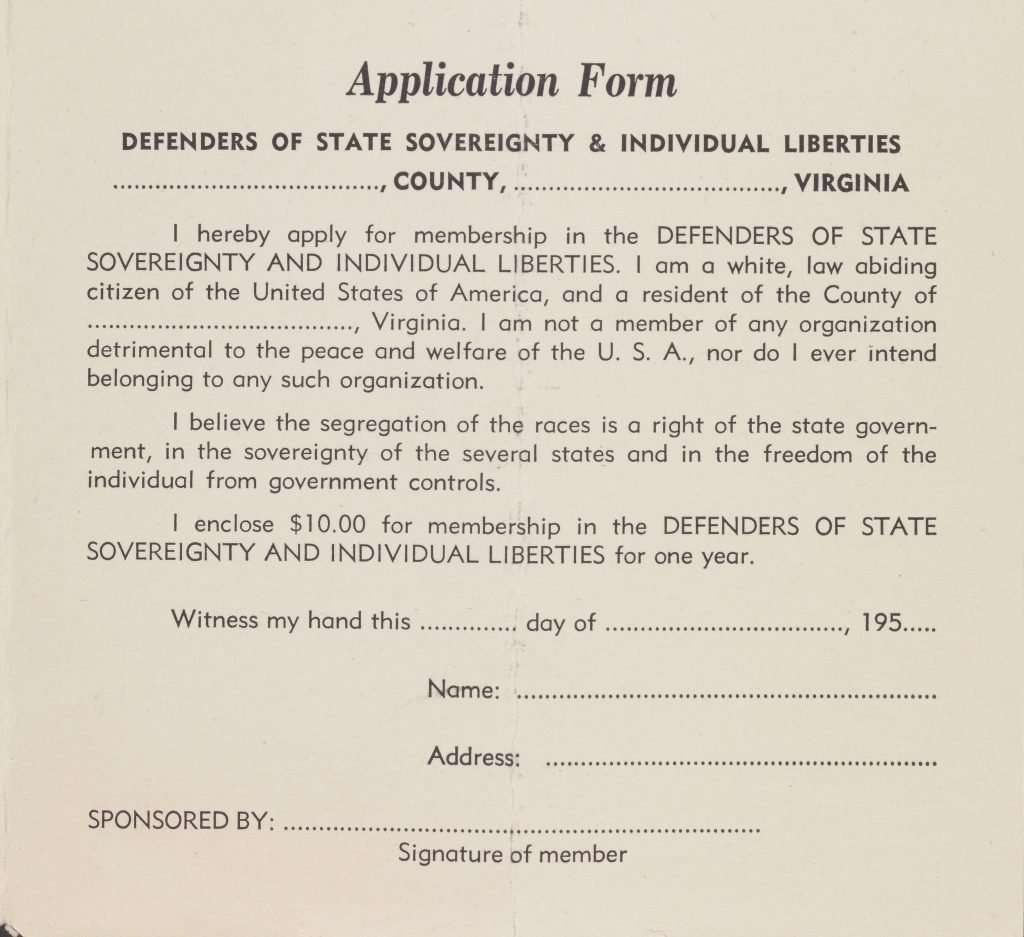 Application Form for the Defenders of State Sovereignty and Individual Liberties

A 1954 application form is for the Defenders of State Sovereignty and Individual Liberties, an organization dedicated to preserving strict racial segregation in Virginia's public schools. It indicates that membership is open to any "white law abiding citizen" of Virginia who believes "the segregation of the races is a right of the state government, in the sovereignty of the several states and in the freedom of the individual from government controls." The organization required an annual ten dollar membership fee.