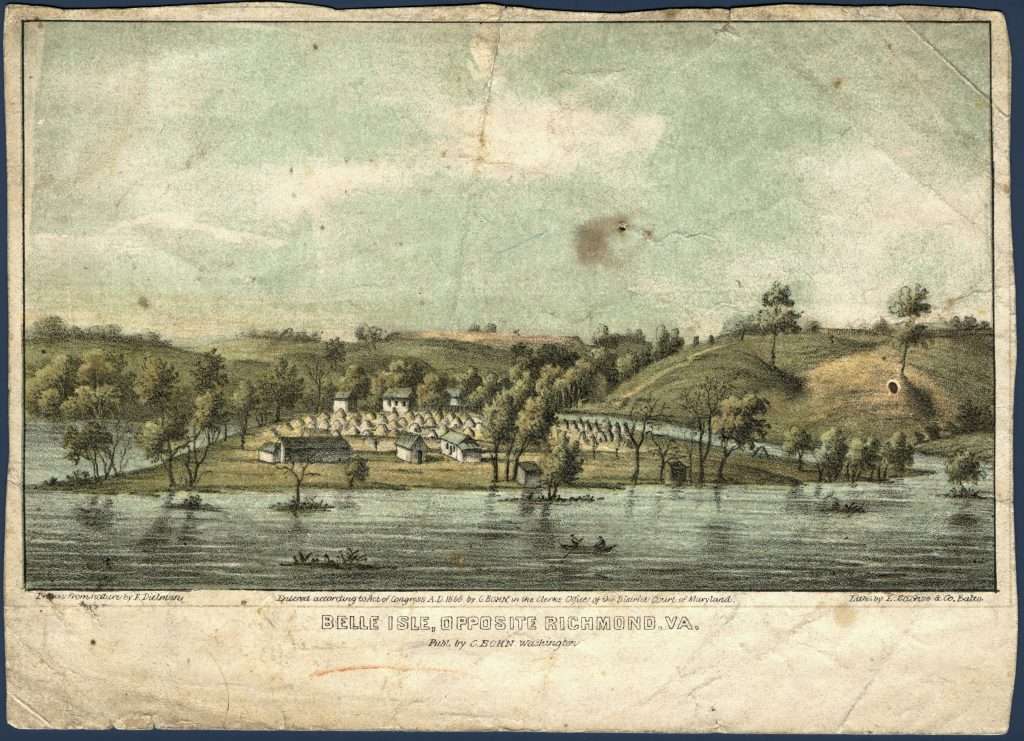 The open-air prison camp for Union captives known as Belle Isle can be seen in this 1866 color lithograph printed in Washington, D.C. Located on an island in the James River opposite Richmond, Virginia, the camp became infamous for its mistreatment of prisoners, who were housed in tents and had to withstand blistering heat in the summer and bitter cold in the winter. The prison's primitive and unhealthy conditions made it a major source of Northern propaganda regarding Confederate cruelty to war captives. In 1864 the prison was closed, and in 1900 the Virginia Power Company bought the site.