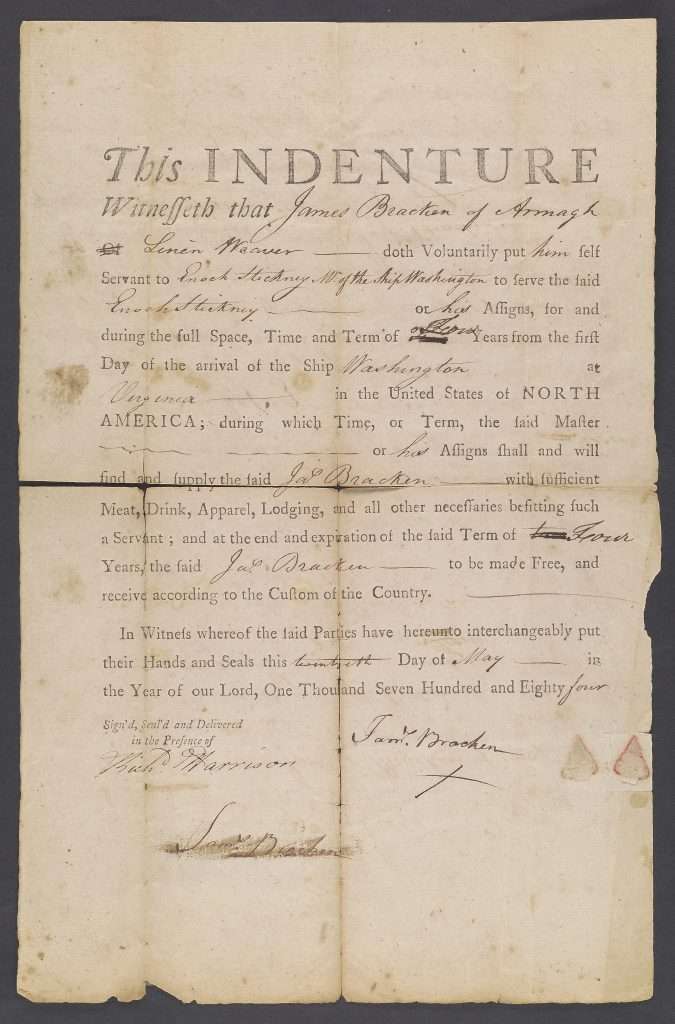 This indenture, or contract, dated May 20, 1784, states that James Bracken, a linen weaver from Armagh, Ireland, has agreed to serve a four-year term as an indentured servant in Virginia for Enoch Stickney or his heirs. In exchange for his services, the contract promises Bracken passage to Virginia on the ship Washington, "sufficient Meat, Drink, Apparel, Lodging, and all other necessaries befitting such a Servant," and freedom at the end of his years of service. Bracken, who apparently could not write, signed the document at bottom right with an X.