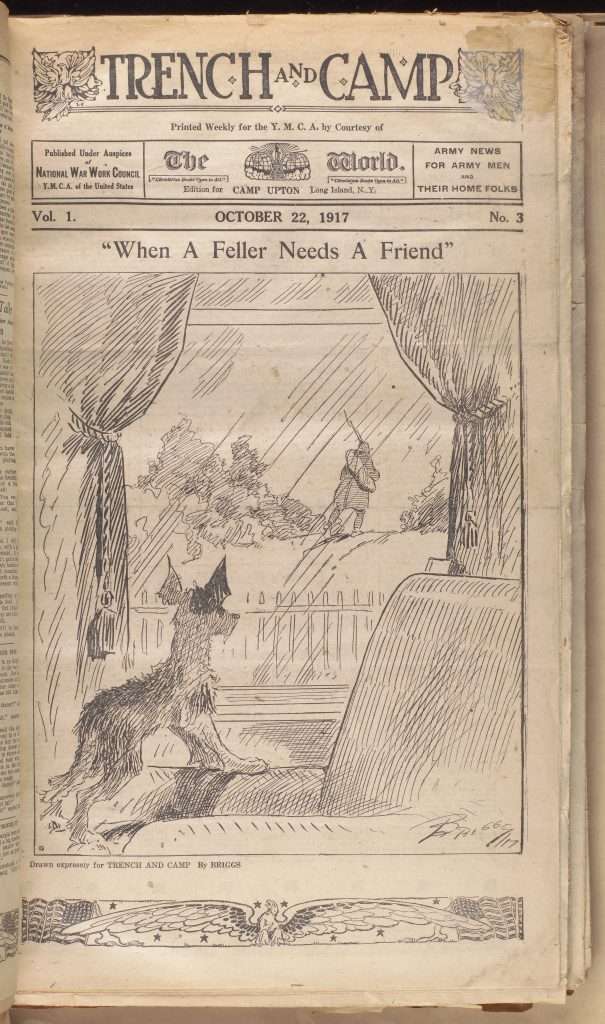 “When a Feller Needs a Friend”,University of Virginia Special Collections,Thursday

A cartoon on the front page of the October 22, 1917, edition of Trench and Camp depicts a dog looking out the window as his owner marches off to World War I. The image, by the cartoonist Briggs, is titled "When a Feller Needs a Friend."  Trench and Camp, a wartime newspaper produced by the Young Men's Christian Association (YMCA), was intended to provide "Army News for Army Men and Their Home Folks."