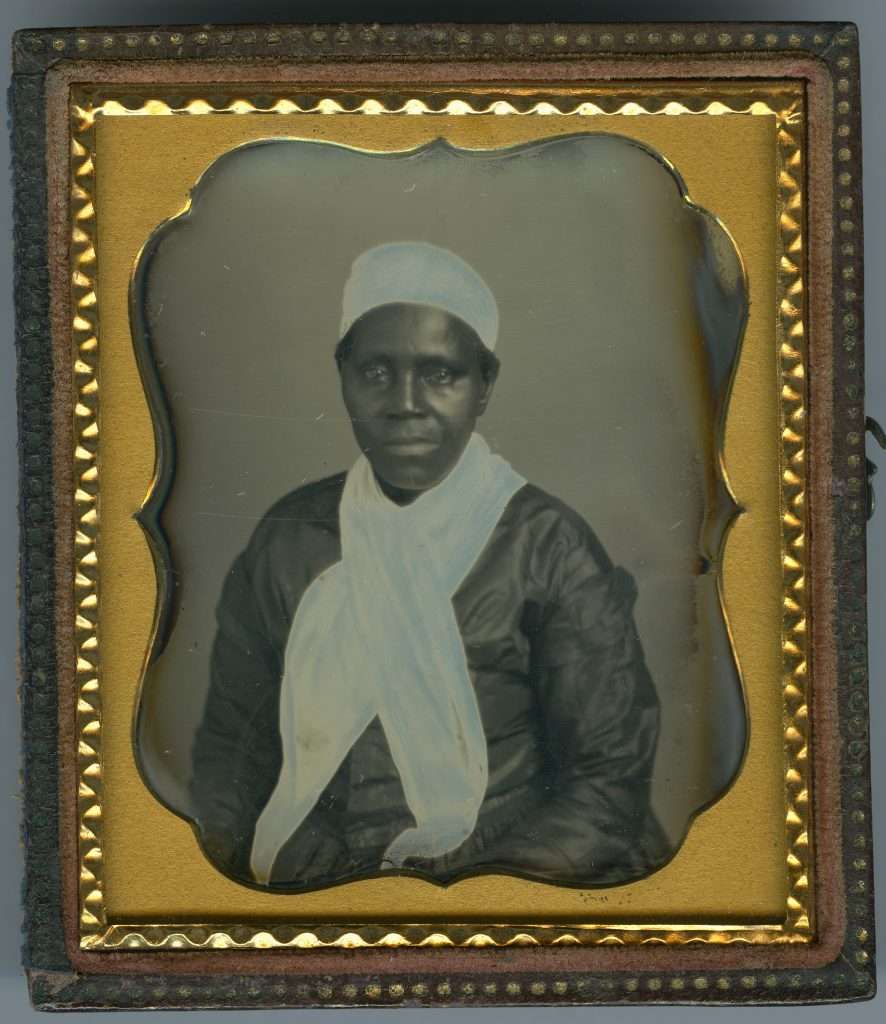 Sally Boles Gladman, an enslaved woman in the household of the Valentine family in Richmond, is pictured in this daguerreotype made about 1855. The image was found in the studio belonging to Edward V. Valentine (1838–1930), a prominent sculptor in the Virginia capital who was renowned for his busts and statues of Confederate heroes that advanced the Lost Cause point of view. Included among the works he produced are the Stonewall Jackson Monument in Lexington, the recumbent Robert E. Lee at his tomb, also in Lexington, and the Robert E. Lee statue at the U.S. Capitol in Washington, D.C. Valentine referred to this daguerreotype as "My Mammy-Aunt Sallie."