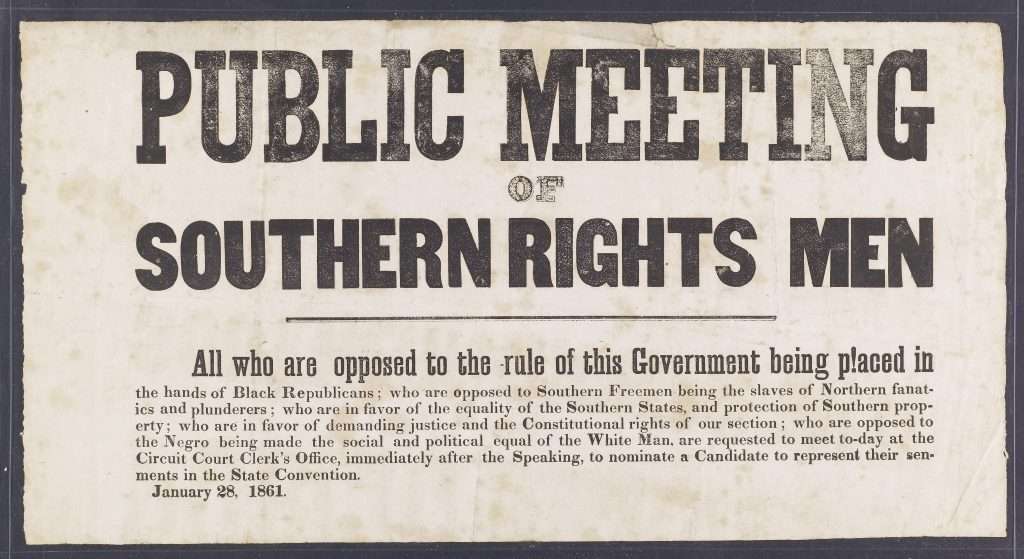 A broadside dated January 28, 1861, calls for "Southern Rights Men" to nominate a candidate for the Virginia Convention of 1861 (later known as the Secession Convention), which would convene in February to consider whether Virginia should secede from the United States. The placard lists the stances taken by those espousing southern rights: among them are opposition to "Northern fanatics and plunderers" and to "the Negro being made the social and political equal of the White Man."