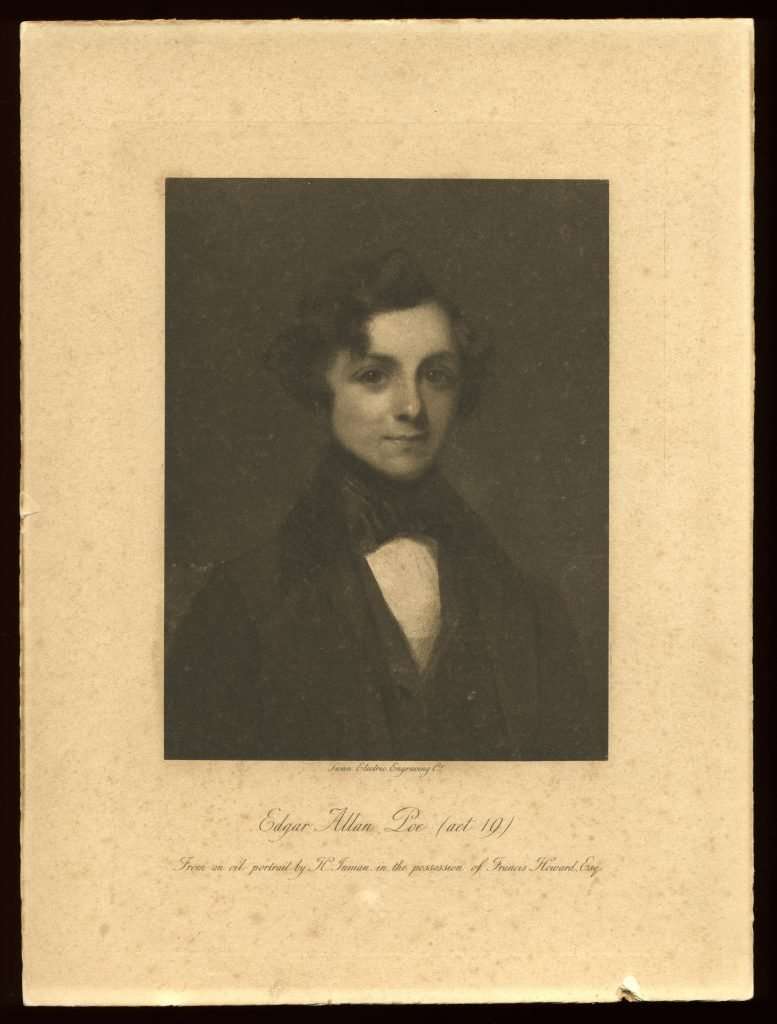 The caption beneath this engraving claims that the image depicts nineteen-year-old Edgar Allan Poe; it also states that the engraving was based on an earlier oil portrait by the noted American artist Henry Inman. This image was reproduced and published in the Anglo-Saxon Review in 1900, along with an essay by the owner of the oil portrait, Francis Howard. However, the historian Michael Deas has noted that during the late 1820s when the portrait would have been painted, Inman was in London and Poe was enlisted in the United States Army (under the name Edgar A. Perry). It is highly unlikely that this is an image of Poe. Because likenesses of Poe became valuable in the years following the writer's death, Howard may have made fraudulent claims about this image as a way of enhancing the value of his art collection.