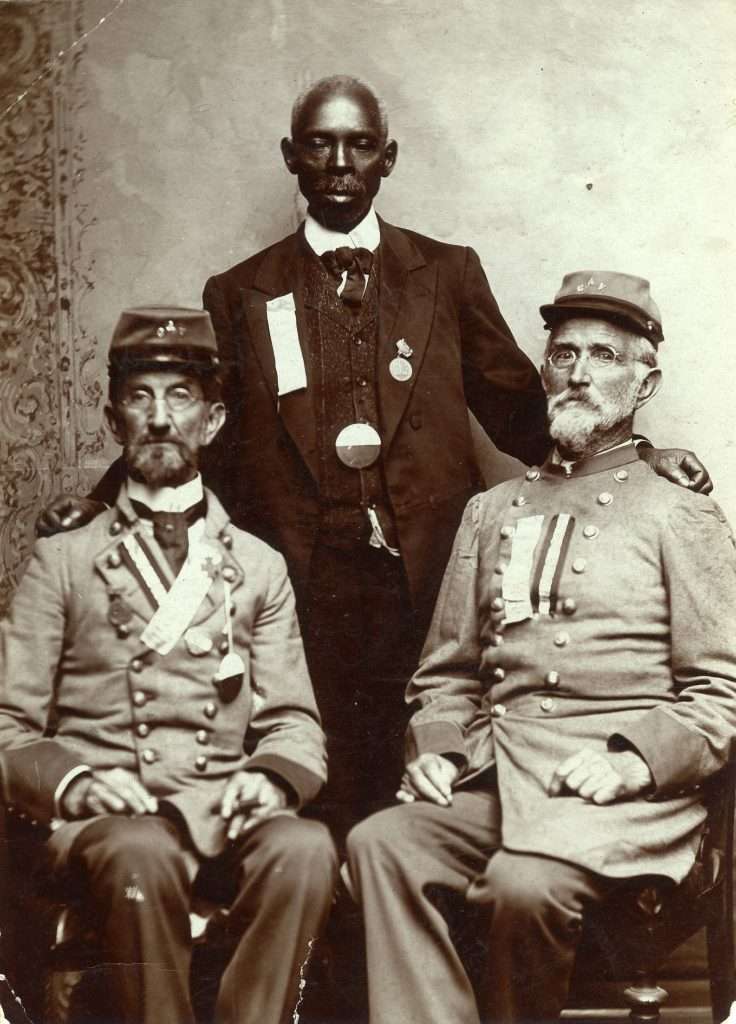 Sporting badges from a Confederate reunion, three men named Ellis pose for a photographer. The image is part of the Cook collection at the Valentine Richmond History Center, and it was probably made during the United Confederate Veterans' national reunion that was held in Richmond Virginia in 1907. The two men in uniform wear caps with pins that spell out "CAV," perhaps a reference to their having served in the Confederate cavalry. The African American man at center, with his arms on the shoulders of the ex-soldiers, shares a common surname with them and perhaps accompanied the men to war as a body servant. The image conveys the Lost Cause point of view that accentuates the role of African Americans as "faithful slaves," loyal to their masters and the Confederate cause.