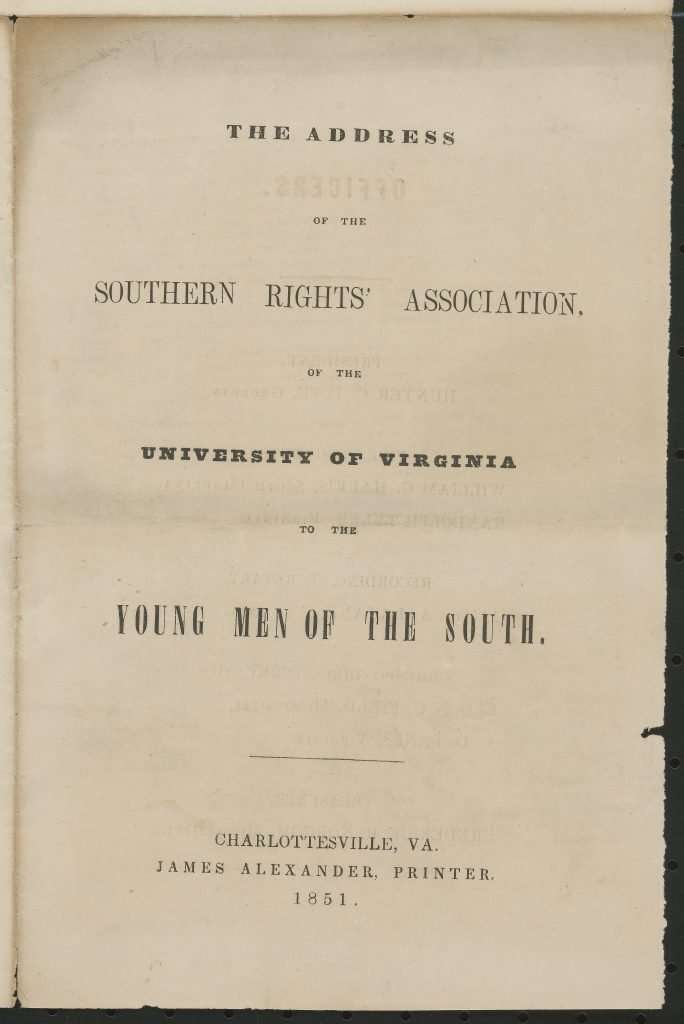 The Address of the Southern Rights’ Association, of the University of Virginia, to the Young Men of the South.

This is the title page of a pamphlet published in 1851 to recruit the "Young Men of the South" into the Southern Rights' Association, a student group dedicated to protecting states' rights and limiting Northern states' attempts to curb the spread of slavery. Members met on December 19, 1850, in the Rotunda at the University of Virginia, where they  appointed a committee to draft a constitution, an address, and resolutions. Those documents are published in this pamphlet, 2,500 of which were printed. University of Virginia students involved in the organization stood "united for the purpose of promoting, as far as we may be able, unity of sentiment and concert of action in the slave holding States against our aggressors …"  Among the student signators was future Confederate general John Singleton Mosby.