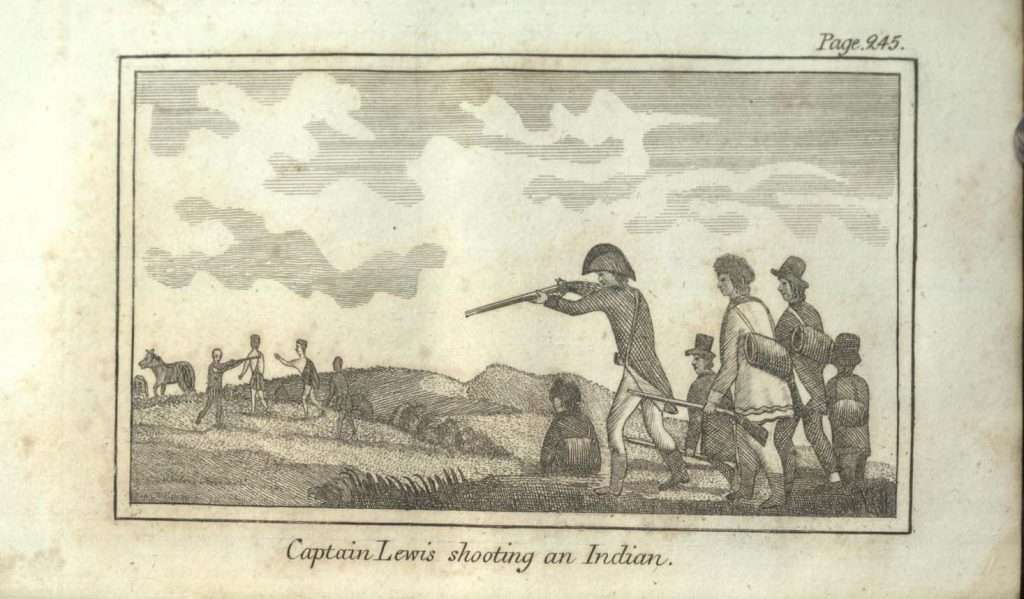 The second edition of Patrick Gass's A Journal of the Voyages and Travels of a Corps of Discovery, Under the Command of Capt. Lewis and Capt. Clarke of the Army of the United States, From the Mouth of the River Missouri Through the Interior Parts of North America to the Pacific Ocean, During the Years 1804, 1805 and 1806 (1810), includes six engraved scenes from the Lewis and Clark Expedition. This engraving depicts an event that took place on July 27, 1806. While exploring an area north of the Missouri River, expedition commander Meriwether Lewis traded with a party of Indians who attempted to steal the group's rifles and horses the following morning. A skirmish ensued, and Lewis shot one of the Indians.

Gass served as a sergeant in the Lewis and Clark Expedition and kept a personal journal during their travels. This edition of his journal was printed by Mathew Carey of Philadelphia. The first edition of Gass's work, published in 1807, did not include any illustrations. Gass may have created the drawings himself, or he may have consulted with another artist. Gass's journal was the first such account published about the expedition; in it, he coined the term "Corps of Discovery."