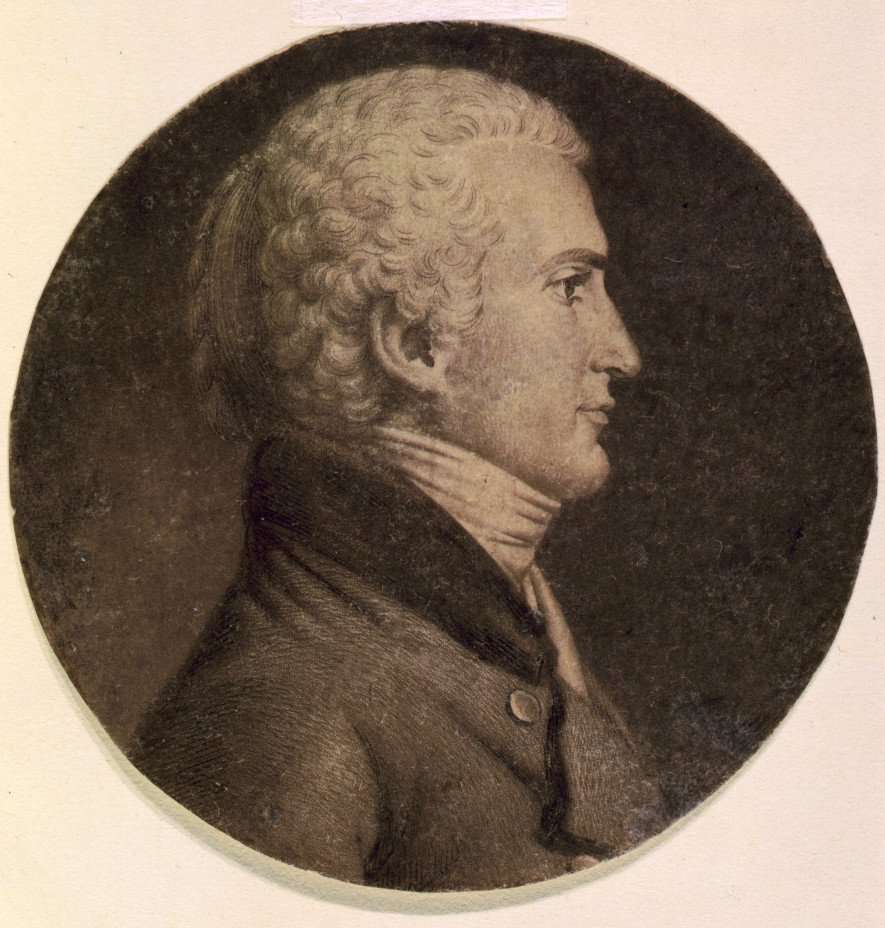 Meriwether Lewis is presented in profile in this head-and-shoulders portrait by French artist Charles Balthazar Julien Fevret de Saint-Mémin. Lewis sat for this portrait in Washington, D.C. about 1805; he was among nearly 1,000 Americans who sat for the artist between 1796 and 1810. (Saint-Mémin's other subjects included Thomas Jefferson, Paul Revere, and Charles Willson Peale.) According to the Smithsonian Insitution, "Saint-Mémin's popularity rested on a growing appreciation for profiles as a particularly truthful form of portraiture, and his distinctive images have come to epitomize Federal America."

A member of the French aristocracy and a military officer, Saint-Mémin immigrated to America in 1793 because of the French Revolution.