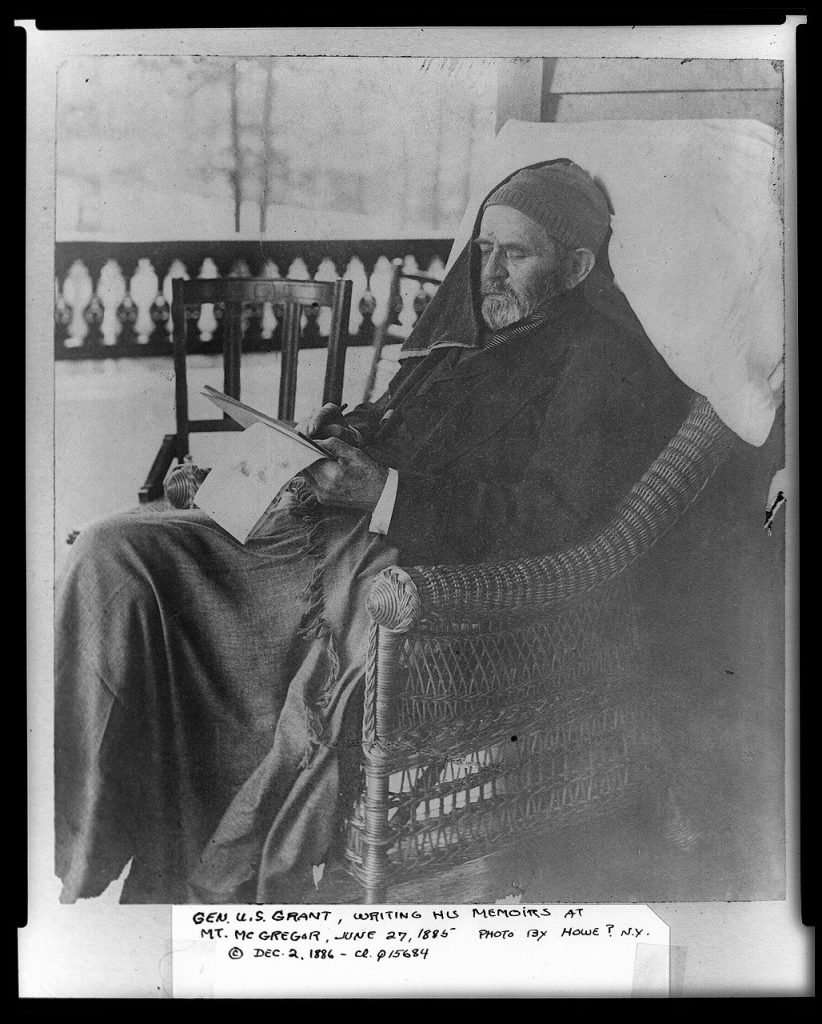 On June 27, 1885, less than a month before his death, the cancer-ridden former president and Union general, Ulysses S. Grant, works on his memoirs at his rustic retreat on Mount McGregor in upstate New York. His two-volume Personal Memoirs of U. S. Grant was published later that year and was a huge financial and critical success. Mark Twain—who had a financial stake in the project and so was not an unbiased critic—claimed that Grant's military writing rivaled that of Caesar's. Gertrude Stein also weighed in favorably about Grant's prose. After her husband's death, Julia Grant received the largest royalty check ever written up until then— $200,000 in February 1886.