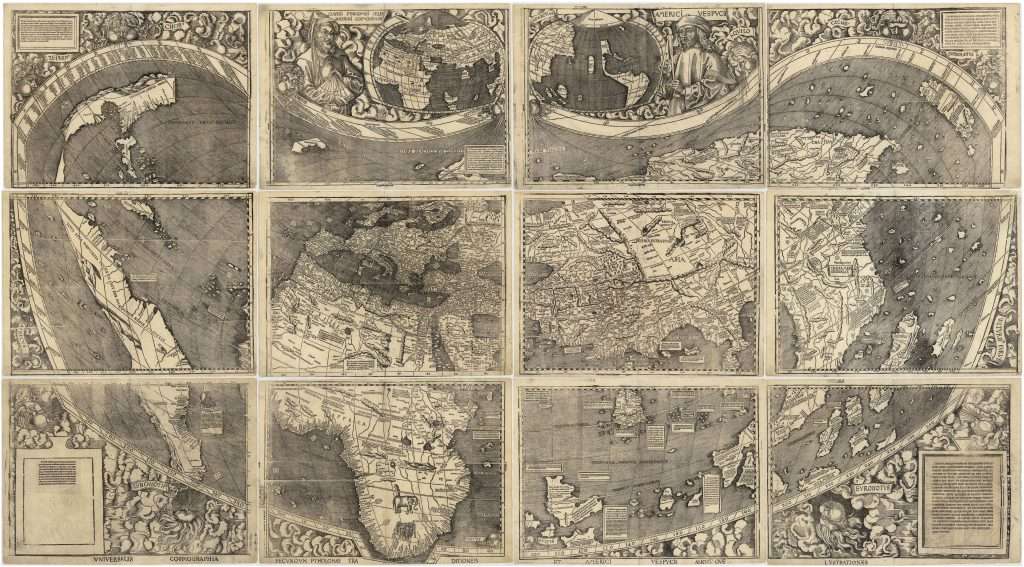 A woodcut map, composed of twelve separate sheets of paper, depicts the known world in 1507. German cartographer Martin Waldseemüller created this map, the full title of which is Universalis Cosmographia Secundum Ptholomaei Traditionem et Americi Vespucii Alioru[m]que ("The Universal Cosmography According to the Tradition of Ptolemy and the Discoveries of Amerigo Vespucci and Others"). This was the first world map to use the name "America." Waldseemüller chose that name in honor of Amerigo Vespucci, who, after his voyages to the New World in 1501–1502 promulgated the then-revolutionary notion that the American landmass was a separate continent. This overturned the previously held belief that the world was divided into three regions—Europe, Asia, and Africa.

This is the only known surviving copy of the first printed edition of the map; it is believed that 1,000 copies were initially printed.