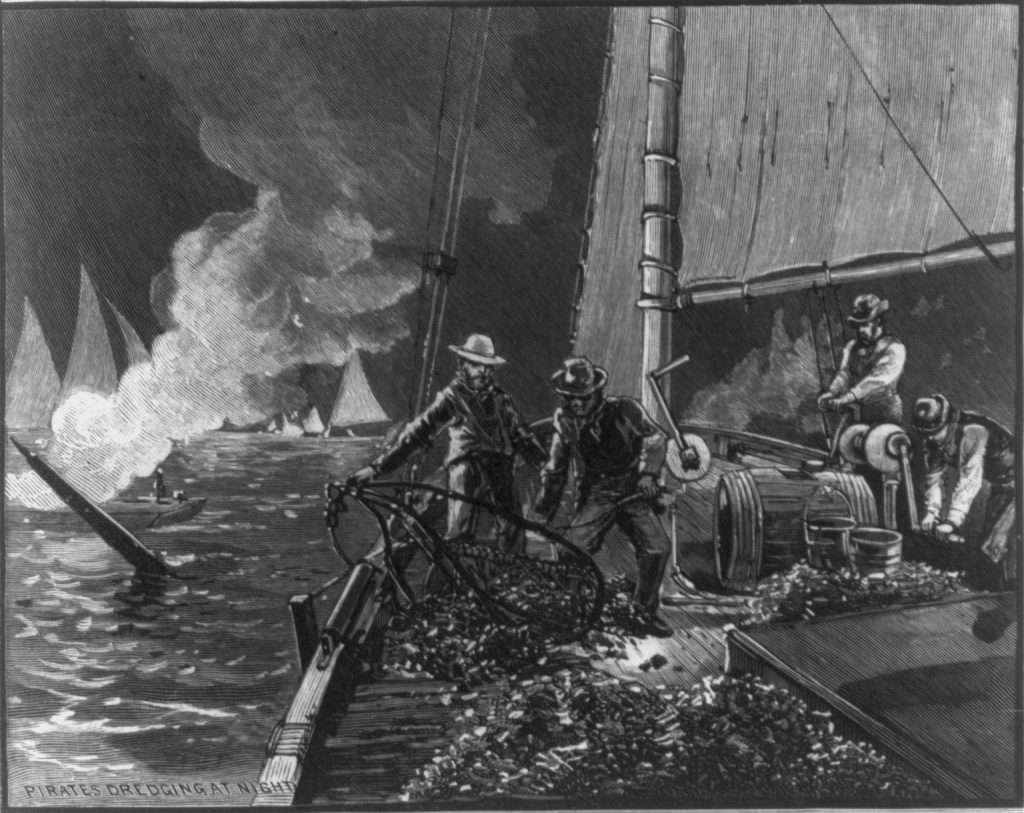 A wood engraving in Harper's Weekly, published on March 1, 1884, depicts men dredging oysters at night in the Chesapeake Bay. This method of oyster harvesting, in which a metal frame and net are raked across the waterbed, can cause permanent damage to oyster beds, and by 1880 had been outlawed in both Virginia and Maryland. A sudden increase in the demand for oysters, however, led to an increase in illegal dredging. During the so-called Chesapeake Oyster Wars of the 1880s, violence flared up between oyster farmers who claimed rights to the same oyster beds; between local watermen and poachers from New England; and between oyster pirates and lawmen who patrolled the bay to prevent illegal harvesting.