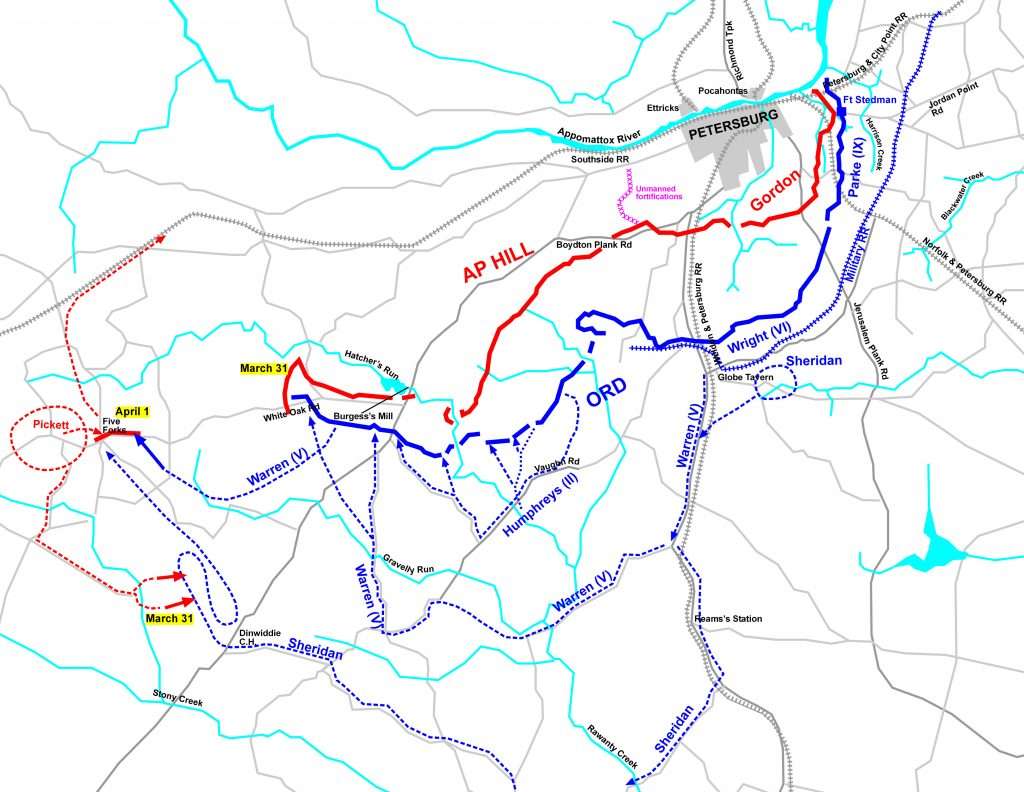 This sequence of battlefield maps shows the movement of Union (blue) and Confederate (red) troops from March 31 to April 2, 1865, during the final days of the Petersburg Campaign, which included the pivotal Battle of Five Forks on April 1. Fought at the intersection of five roads, the battle has been referred to as "The Waterloo of the Confederacy." Forces under Union general Philip H. Sheridan defeated Confederate infantry under George E. Pickett and cavalry under William H. F. "Rooney" Lee, Fitzhugh Lee, and Thomas L. Rosser, allowing Sheridan to flank the Confederate lines at Petersburg. The action allowed the Union Army of the Potomac, after nearly ten months of siege, to break through Confederate general Robert E. Lee's lines and, by April 2, claim Petersburg and the Confederate capital at Richmond. A week later Lee surrendered the Army of Northern Virginia at Appomattox Court House.