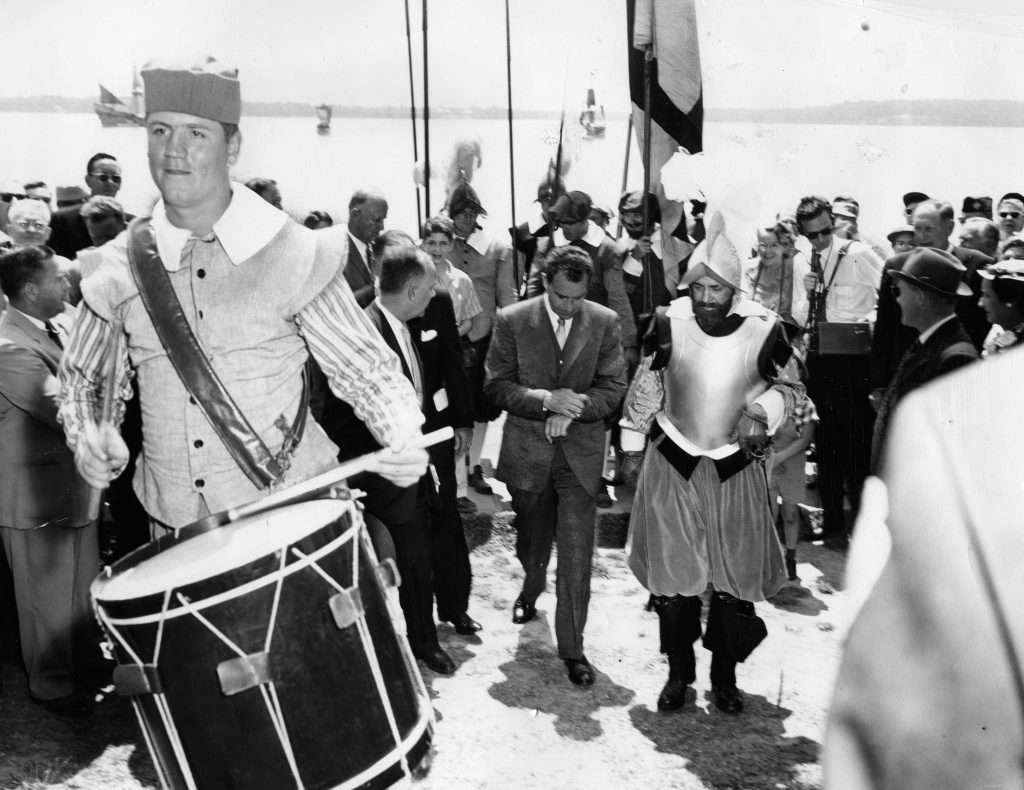 In a photograph taken on May 14, 1957, Richard Nixon—then vice president of the United States—takes part in the festivities surrounding the Jamestown Festival, an eight-month celebration commemorating the 350th anniversary of the founding of the English colony on Jamestown Island. Nixon is accompanied by a man dressed as the Jamestown settler Captain John Smith. The anniversary celebration drew more than a million visitors to the Jamestown area, including Elizabeth II, queen of the United Kingdom.