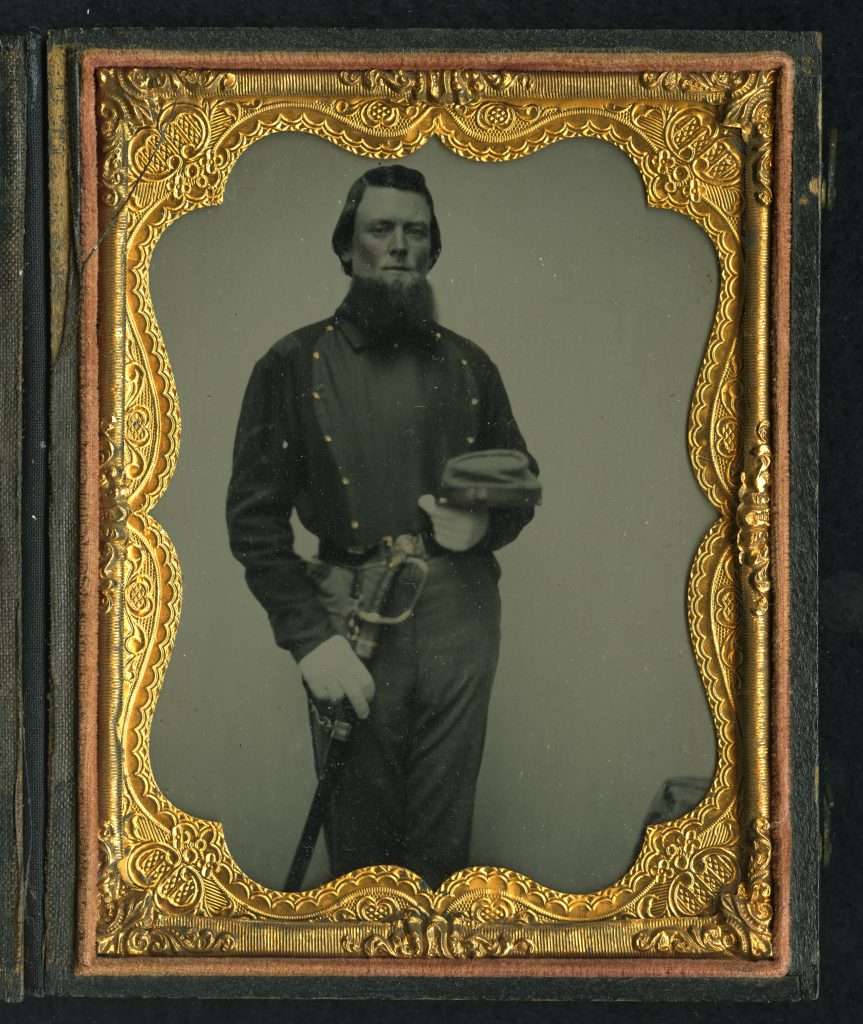 Confederate soldier Thomas Benton Horton poses for an 1861 ambrotype, the buttons on his uniform hand-colored a vibrant gold. A farmer from Campbell County, Horton enlisted in the 11th Virginia Infantry at the age of twenty-five and rose to the rank of captain. In December 1861 he was wounded at the Battle of Dranesville, in northern Virginia. Serving in George E. Pickett's division at the Battle of Gettysburg in July 1863, Horton was wounded a second time during the famous infantry attack known as Pickett's Charge. The following year he was captured at Milford Station, and he spent the rest of the war at the Fort Delaware prison camp, in Caroline County, on Pea Patch Island in the Delaware River.