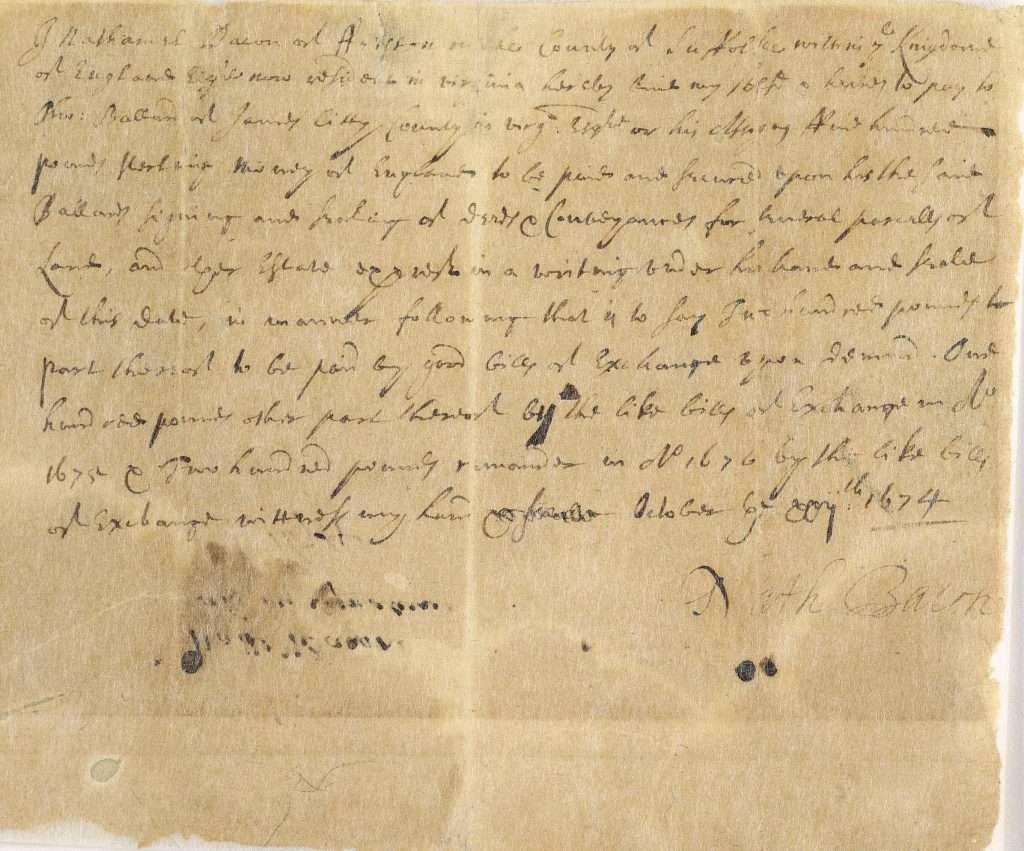 Though no contemporary image of Nathaniel Bacon exists, his earliest known signature can be seen at bottom right in this October 27, 1674, promissory note to landowner Thomas Ballard. Bacon, a recent arrival from England, agreed to pay Ballard 500 pounds sterling over the course of two years in return for Curles Neck Plantation in Henrico County, Virginia. He also acquired from Ballard a smaller tract of land near the falls of the James River that became known as Bacon's Quarter.

Born at Friston Hall in Suffolk, England, in 1647, Bacon moved to Virginia with his wife, and possibly their two daughters (their birth dates are unknown), in the summer of 1674. Related by blood or marriage to several of the most influential people in Virginia, Bacon was appointed to the governor's Council at Jamestown within a year of his moving to the colony. In 1676, Bacon led a dramatic uprising against the governor that became known as Bacon's Rebellion. The threat to the government effectively ended on October 26, 1676, when Bacon died of the "Bloody Flux" (dysentery) and a "Lousey Disease." The place of his burial is not known. Without his impetuous leadership the rebellion soon collapsed, and the governor, Sir William Berkeley, later hanged several of Bacon's most active followers.