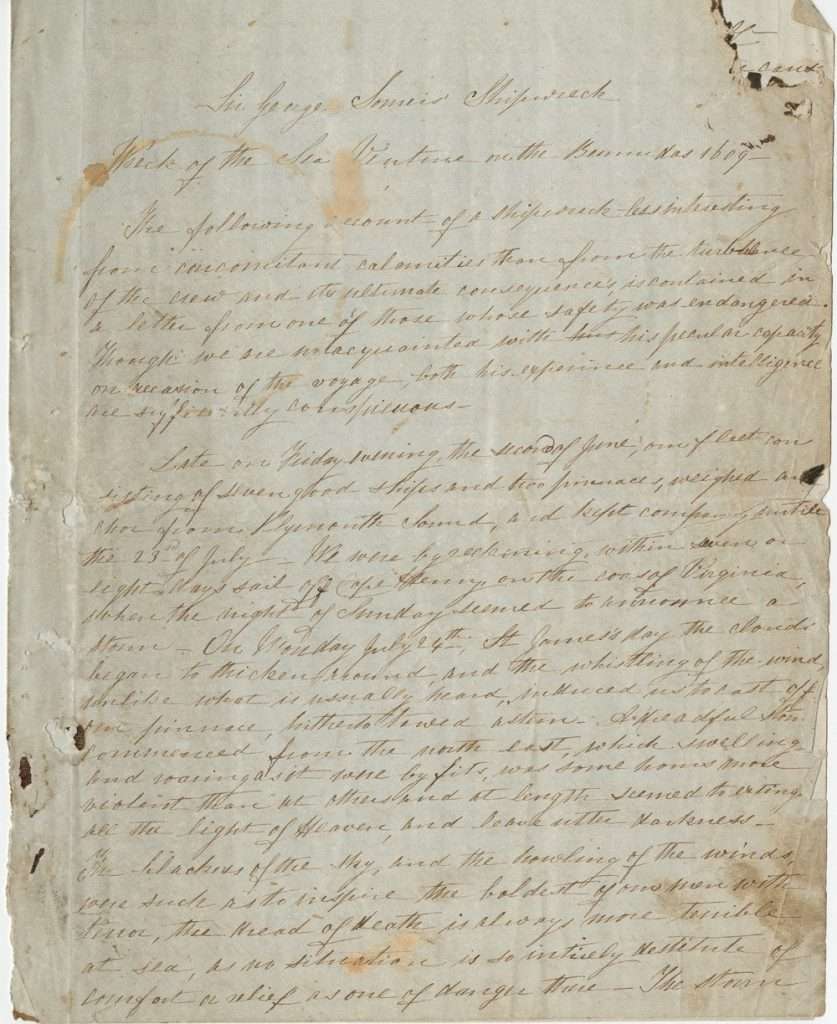 The first page of this mid-nineteenth-century manuscript narrates the storm that overwhelmed the Sea Venture, a resupply vessel bound for Virginia in July 1609 when it wrecked off the coast of Bermuda:

. . .The blackness of the sky, and the howling of the winds, were such as to inspire the boldest of our men with terror, the dread of death is always more terrible at sea . . .

According to Ivor Noël Hume, director of archeology at Colonial Williamsburg, this is probably a transcription made in Ireland of the first draft of William Strachey’s account of the disaster.

One of the survivors of the shipwreck, Strachey wrote the longest and most compelling of the Sea Venture narratives. Believed to have been written in 1610 but published after his death in 1625, Strachey's account, titled "A true repertory of the wracke, and redemption of Sir Thomas Gates Knight," circulated through London's literary circles. In the 1970s this manuscript copy was discovered inside a family trunk in Bermuda. In his book, Wreck & Redemption: William Strachey’s Saga of the Sea Venture and the Birth of Bermuda in a Newly Discovered Manuscript, Hume argues that this transcription may have been based on journals—the whereabouts of which are unknown—that Strachey kept while on the Bermuda islands.